Biologist studies > What about the Orcas in São Miguel?

What about the Orcas in São Miguel?

The orcas (Orcinus orca), the biggest species of the oceanic dolphins, are a very popular cetacean and yet quite mysterious. Most people recognise the charismatic panda coloured animal immediately and though, most are surprised when they learn that it can be found in the Azores. It’s common to think that orcas only live in cold waters like the ones from the Arctic and Antarctic. That’s what we are used to seeing on tv, orcas “playfully” preying on seals on top of ice floes. But actually, orcas are one of the widest spread cetaceans, being found in every ocean, from polar to tropical waters.

Although it doesn’t look like it, orcas do differ very much in appearance, but also in behaviour and culture. Depending on where they live, how they use the site(s), their food preference and social structure, they present different colorations, types of behaviour and even dialects!!! That’s true! Each pod produces sounds that are used for echolocation and communication, that are culturally transmitted among individuals and that are different from other pods. And even better, they can identify pods based on the sounds they make. Even though there is a lot still to discover about orcas’ social structure around the world, we know that orcas are incredibly social animals that live in groups, mainly composed of related individuals.

In the Azores, we occasionally are lucky enough to come across some individuals and we take every opportunity to keep our database growing!

To which population(s) do they belong? Where do they come from? Where do they go? What are they doing in the Azores? Breeding? Feeding? Only passing by?

These are just some of the questions that our team has been trying to answer. How? Firstly, we need to find orcas. Secondly, we need to collect data like GPS points, animal behaviour, group composition and photographs of the nicks, scratches and coloration patterns of the dorsal fins, saddles, eye patches, flukes and bodies. Thirdly, analyze the data.

But how do we use this data? What kind of information do we actually take from all this data?

Well, scientifically speaking, this data will give us a better understanding of their ecology such as population dynamics, social structure, spatial and temporal distribution and consequently an answer to all questions above. Here is an example! Between 2006 and 2021, orcas were sighted in 36 different days (in 10 of the 16 years) on the South Coast of São Miguel island, Azores. Not much at all! But most of the orca sightings were made between March and May. This already tells us something. Do they prefer to come to the Azores in the spring months? If so, why? Azores waters are known for a huge bloom of life in the springtime. Will this be the reason for such sightings? What about our sightings being mainly between 1 and 5 km off the coast and in areas with a depth between 300 and 700m? Are these crossing corridors, prey-rich areas?

When we looked at all the pictures we took of such sightings, we were able to photo-identify 53 individuals. The most outstanding one, “Mr. Ray”, a male orca sighted in 2013 several times over five months. Its most distinguishable mark? Its nick in the dorsal fin. A nick like no other. The one that classifies him as “Mr. Ray” and “Mr. Ray” only. But he was not the only orca that was re-sighted in the 10 years of orca sightings. Twenty-three others were also re-sighted, but these, only within a few consecutive days. Some were re-sighted in groups, some alone. None was re-sighted between different years.

These 53 individuals allowed us to create a brand-new photo-id catalogue. And now, we are looking for a broader picture of their movement patterns, as we know that they do not stay in the Azores all the time. The next steps? Sharing our catalogue and sightings information with other orca scientists and experts. Yes, “sharing is caring”. And that’s what we are doing. We want to learn as much as we can about orca populations in the Azores. And that is not just because we love these animals, but because the more we know, the better we can help protect them. Going back to the sharing of our catalogue, we have done that already! We have compared our individuals to the ones of Iceland, Gibraltar and Genova in Italy. But no matches were found! This just increases our willingness to find where these orcas are.

Check out this poster presented by one of Futurismo’s biologists, Georgina Cabayol last December in the XIX National Ecology Encounter, Portugal, about our work. 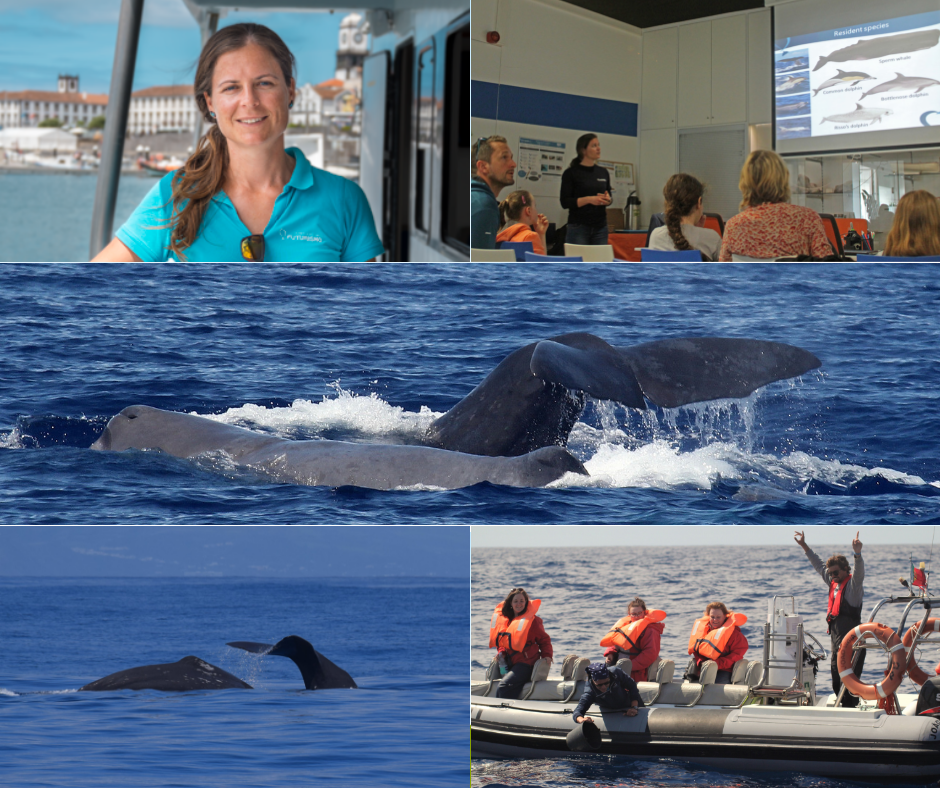