Along most of February the sea was rough, mainly with high waves and great winds from the storms that reached up to the islands. Although, looking back to the beginning of the month, we can recall some sunny days.

Everytime the sea enabled us, we went to enjoy its observation, and so this month we saw both the first gannet and first shearwater of the year, and the gannet was still a juvenile! Also, we spotted Great Skuas more frequently than expected – had sighted almost 10 in just one of the trips!

As for the cetaceans, we observed Risso’s dolphins including some members of our resident Risso’s catalogue. Common dolphins groups were seen in almost every trip and in some of these groups, we had the chance to spot juveniles. Bottlenose dolphins were also spotted as well as female groups of sperm whales, at least one big male and some juveniles! Besides all the resident species, this month we also saw our first baleen whales of the year! Two fin whales which delighted us with their mesmerizing size. 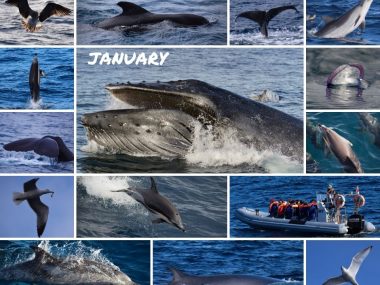 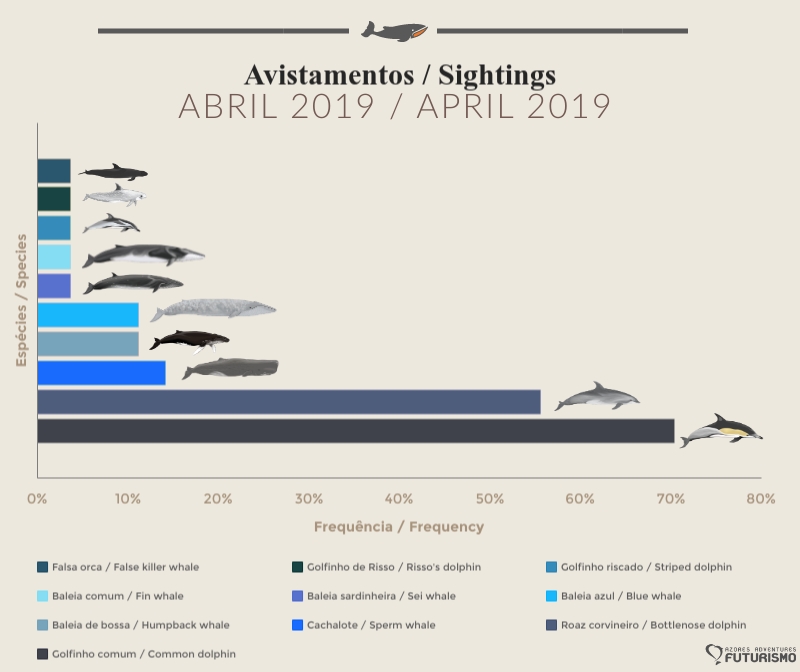 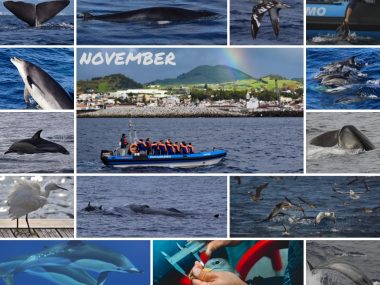 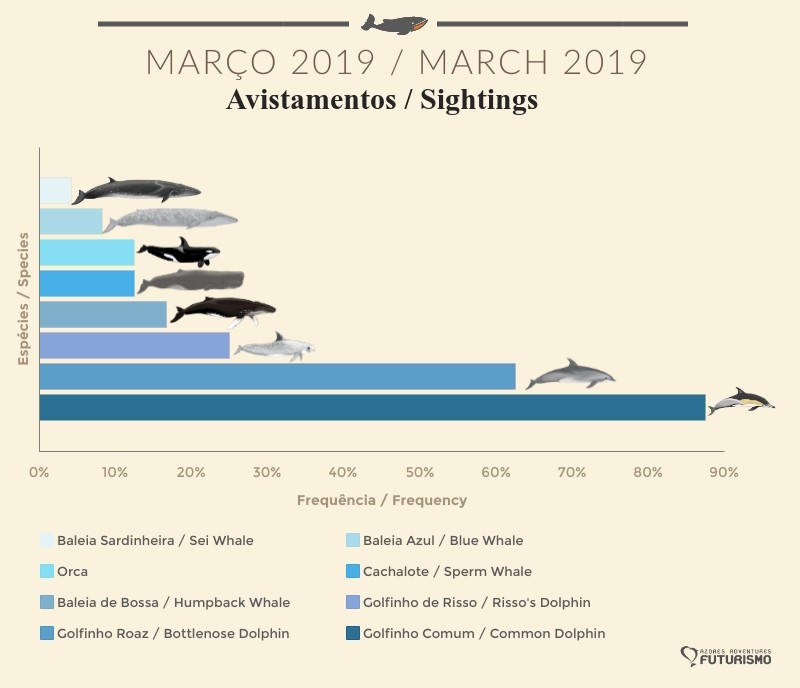