Uncategorized > Why do some animals eat plastic?

Why do some animals eat plastic?

In the past 60 years, the use of plastics and other synthetic materials has rapidly expanded worldwide. The new uses and applications developed for these materials have made them more available to anyone of us, making harder to live without them our daily lives.

A bottlenose dolphin with plastic in its dorsal fin

For marine life, avoiding plastic has become a main issue: plastic and other debris have noticeably increased their presence in the ocean, particularly in the last decades. Many of these plastic products degrade very slowly. Some are buoyant and remain suspended at the sea surface for a long time, and some sink and remain on the bottom for years or even decades.

Another bottlenose dolphin with plastic in its dorsal fin
Marine animals can get entangled on the debris, which can limit the animal ability to hunt or to avoid predators, or cause deep wounds on the skin or even drowning. Cases of animals that consume plastic waste are more common every day.


The ingestion of those plastic materials may block the digestion process, damage the stomach and release toxic chemicals. All these mechanical effects affect many marine species in all ocean areas and justify recognition of persistent plastic debris as a major form of ocean pollution. 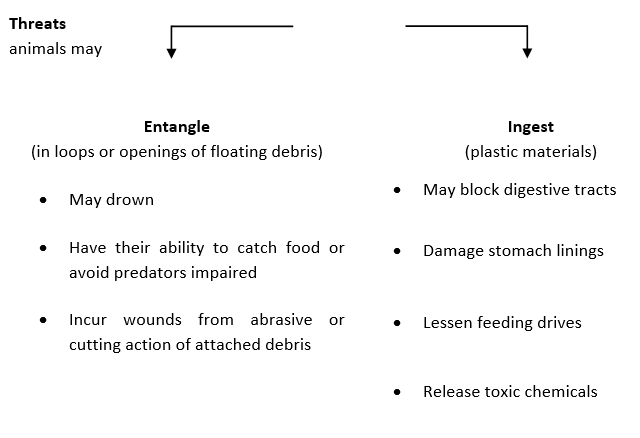 The obvious question arising is, why do marine animals eat plastic?

Scientists believe that animals consume plastic debris because some of the shapes and sizes of this debris share similarities with their prey.

One of the earlier known occurrences of plastic ingestion was in 1962 for an adult Leach’s storm-petrel collected off Newfoundland (Rothstein, 1973). To date, plastic trash is found in 90 percent of seabirds and virtually everyone will be consuming it by 2050 (Wilcox et al., 2015). Robert H. Day (1980) maintains that seabirds, at least in Alaska, eat plastic because they mistake it for natural prey items. For example, in all the parakeet auklets Day examined, most (94%) of the ingested plastic consisted of small, light brown pieces that bore a striking morphological resemblance to the small crustaceans on which the birds typically feed (Coleman & Wehle, 1984).

Our biologists removing litter from the sea
The plastic of the ocean also has an appetizing smell for some sea creatures. A study published in 2016 revealed that some seaweed grows easily on the plastic of the ocean, and the decomposition of this material releases an odor called dimethyl sulphide (DMS) that attracts hungry animals (Savoca et al., 2016).

While seabirds choose from a wide array of plastic objects during foraging (including raw particles, fragments of processed products, bottle caps), marine turtles consistently select only one item -plastic bags. They seem to mistake plastic objects for potential food items.


Plastic bags have been found in the digestive tracts of at leasty four of the seven species of marine turtles.  Recent studies indicate that leatherback turtles and green turtles are at the greatest risk of both lethal and sublethal effects from ingested marine debris (Schuyler et al., 2013).

Another study, published last year (Macali et al., 2018) released the first evidence of plastic in the body of a jellyfish. It’s unclear why jellyfish are attracted to plastic. After some time floating in the ocean waters, plastic begins to wear, and thin microbial films tend to coat the surface. Scientists believe that these microbial films or some molecules present in the plastic decomposition process may attract jellyfish.

Regarding marine mammals, in the last few months, several news from all over the world highlighted stranded whales and dolphins with their stomachs full of plastic. Sometimes this plastic is visible, but the presence of “microplastics” has become even normal on stranded marine mammals.


Recent studies found microplastics in 94% of the common dolphins stranded in Galicia (Hernández-González et al., 2018), and in every stranded cetacean analysed in the UK coast (Nelms et al., 2019).
Marine mammals such as seals, pilot whales, pygmy sperm whales or beaked whales are all affected, eating mostly plastic sheeting or bags. Sometimes with impressive quantities, such as the 17 kg found in a sperm whale washed up in the coast of Spain; or the sperm whale found in Indonesia with more than 80 plastic bags in its stomach.

It could be that plastic ingestion is inconsequential to the health of the animals.
This, however, does not appear to be the case for many marine organisms that eat plastic. As the problem gains notoriety, it is certain to be revealed as being even more widespread than is now recognized. One indication of this is the occurrence of secondary ingestion, in which plastic consumed by animals feeding at low trophic levels is passed on through them to higher-level consumers (Coleman & Wehle, 1984).
A more obvious effect of plastic pollution is the aesthetic one. Whether we venture deep into the woods, high atop a mountain, or out on the ocean to escape the trappings of civilization, our experience of the natural world is often marred by the discovery of human litter. Even more disturbing is the sight of a bird entangled in fishing lines or a whale rising to the surface with its flukes tangled in nets. Unfortunately, such observations are becoming more and more common, another consequence of plastics at sea. 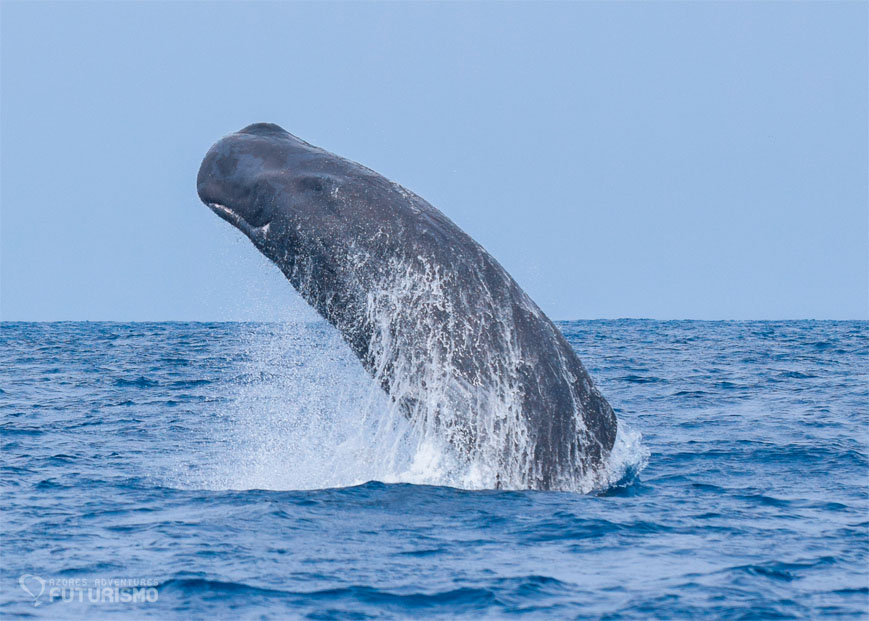