Today the wind was weaker and the sea in better conditions. In the morning we started our trip very close to the coast with common dolphins. This group was most interested in our boats that were swimming with them. In swimming, we always have the opportunity to observe and hear the dolphins underwater. It’s really magical! 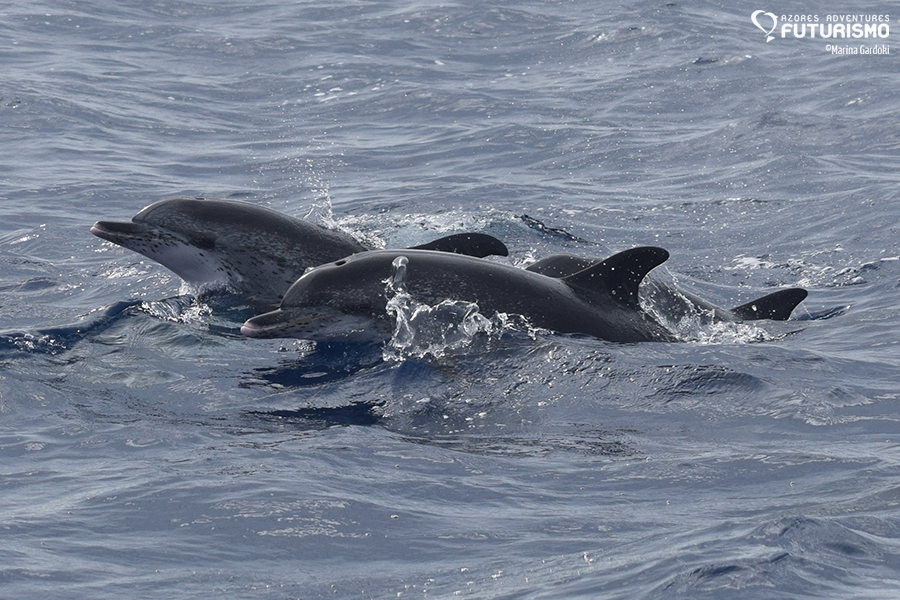 In the afternoon it was a little bit windy, but that does not look to brother the animals. We started by seeing a group of sperm whales, they were quite spread out and not spending a lot of time at the surface. After around 5 minutes at the surface, they showed their beautiful tail meaning that they went into the depths of the ocean looking for their main prey, squids.

The last sperm whale we’ve seen was a very special moment. It was around 10 minutes at the surface and when it raised its tail into the sky we’ve noticed something very different from the other sperm whales! It only had half of the tail! Why is this sperm whale like this? Honestly, we can’t say for sure, but it is possible that at a certain point of its life it lost half of the tail due to unknown reasons. The good news is that it was not a young whale, meaning that survived until now and that it can live with this condition. The second and last species of the afternoon was our most known seasonal species, Atlantic spotted dolphins. In the beginning, they were very calm, almost not moving right in front of the boat but then they become a little bit more active and we were able to see some jumps. 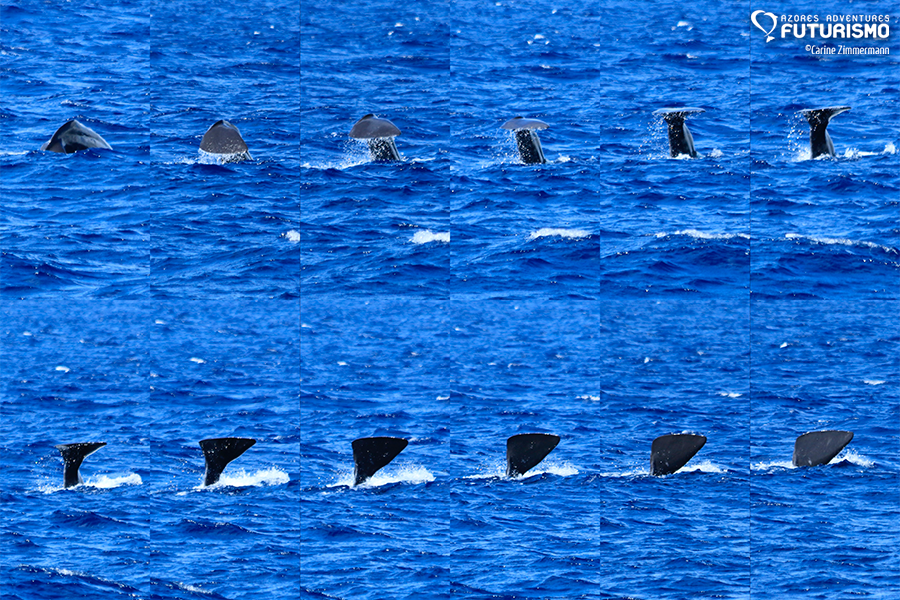 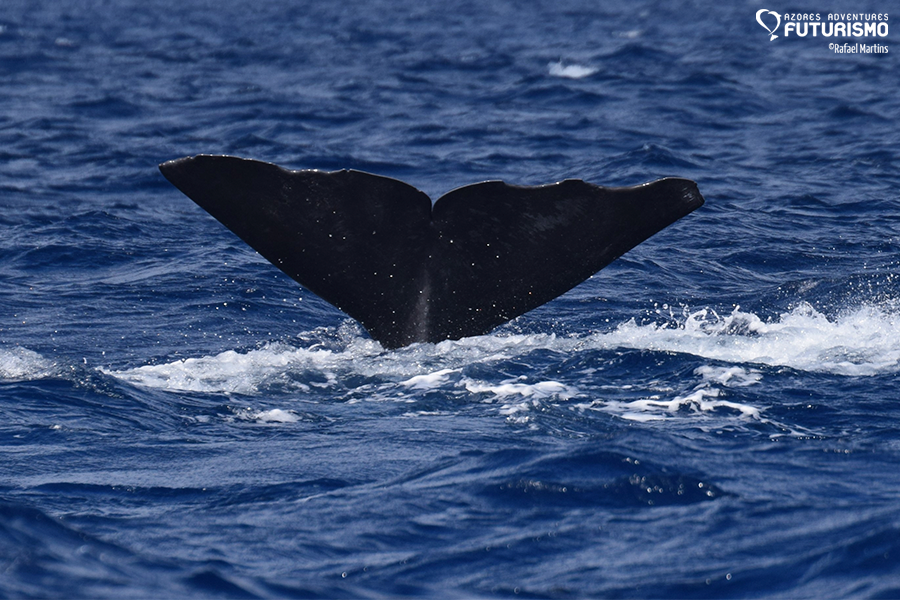 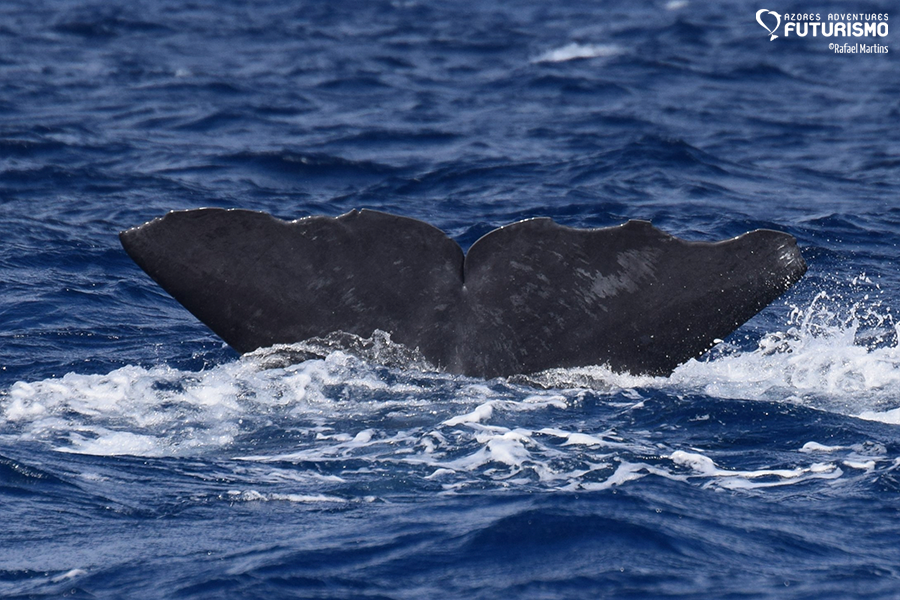