This morning we took the chance to go out before the wind got too strong. We went to the south, to the area were our lookouts found the sperm whales.

After a short time searching for them a female and a calf appeared at the surface.  We expected the bigger one to fluke (show the tail) and were surprised that the small one was already able to imitate the big one. 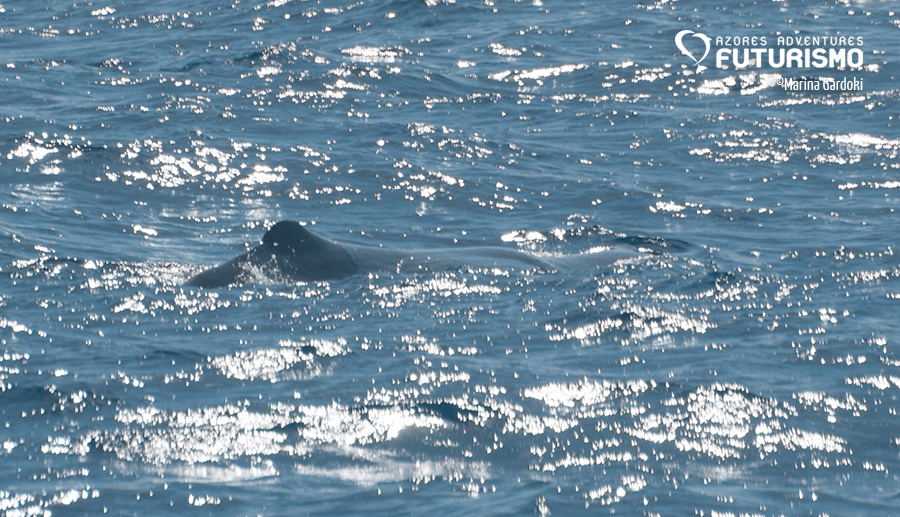 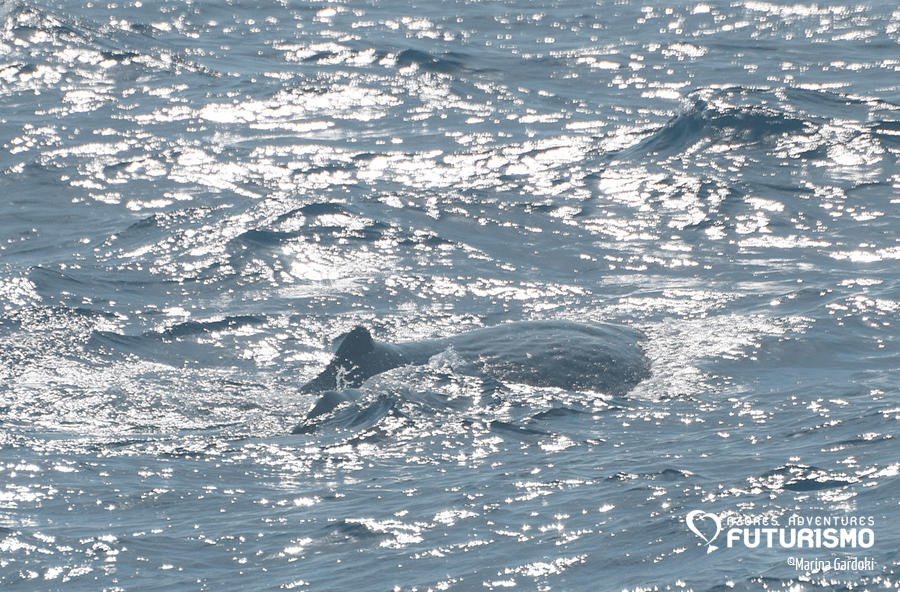 Later a blow of a baleen whale, probably a Sei whale was seen twice but we didn’t manage to see it well. But in the same spot a sperm whale came up from its deep dive and we were rewarded by observing it hyperventilating and fluking.

On the swimming with dolphins common dolphins together with striped dolphins were found  in the east end of the island and afterwards more common dolphins where there to swim with. The afternoon and tomorrow Futurismo’s biologists will dedicate time to work on the research while a storm will pass by.
Share
Tweet