Today we have had a wonderful autumn morning! Sun shining, blue sky, calm seas, and plenty of life! We have seen four different species of cetaceans, seabirds and even a turtle during our tours.

Some of our boats started the morning with a big group of Atlantic spotted dolphins very active under some shearwaters. 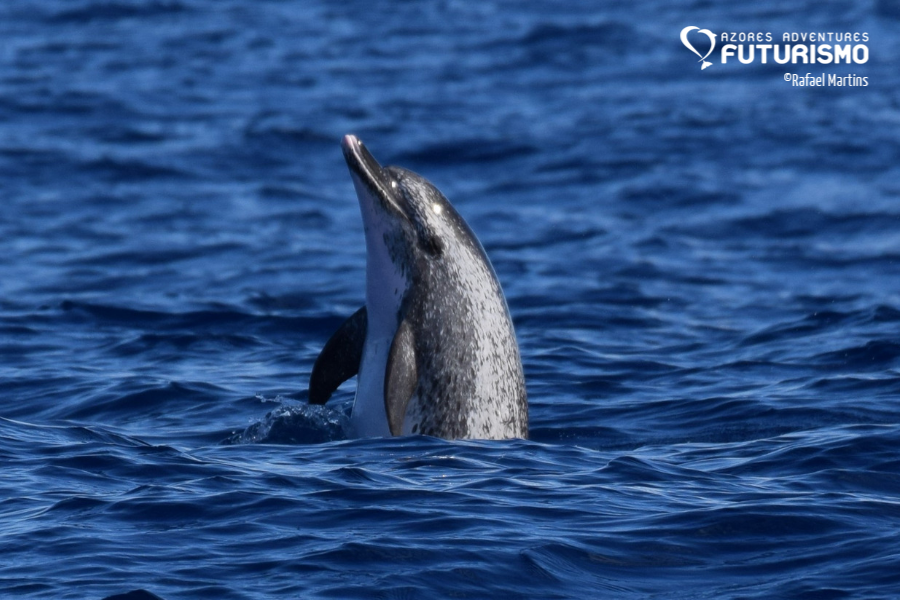 Then, we were looking for a baleen whale blow, while suddenly a sperm whale blow appeared in the same area! So we were delighted with a couple of sperm whales, and even one tail when going on a foraging dive. 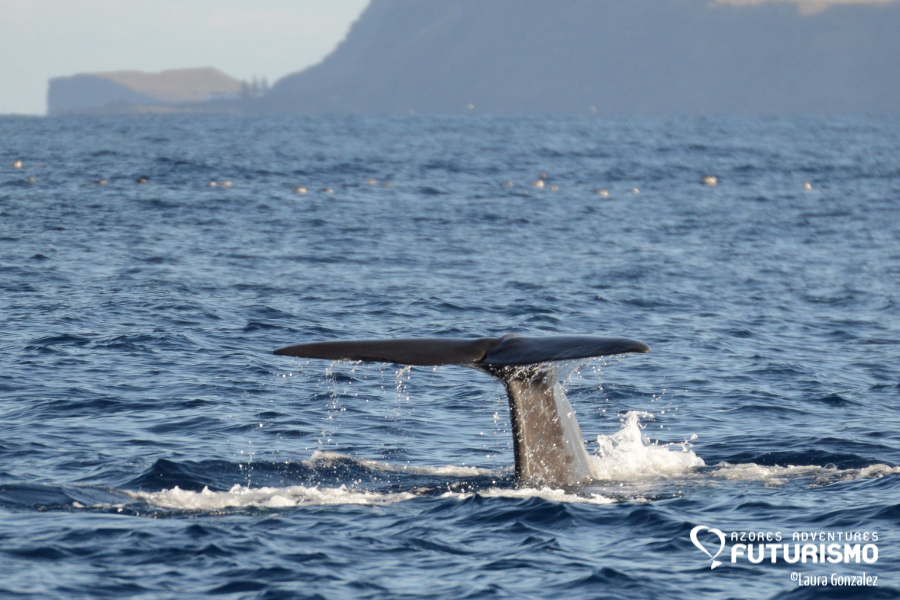 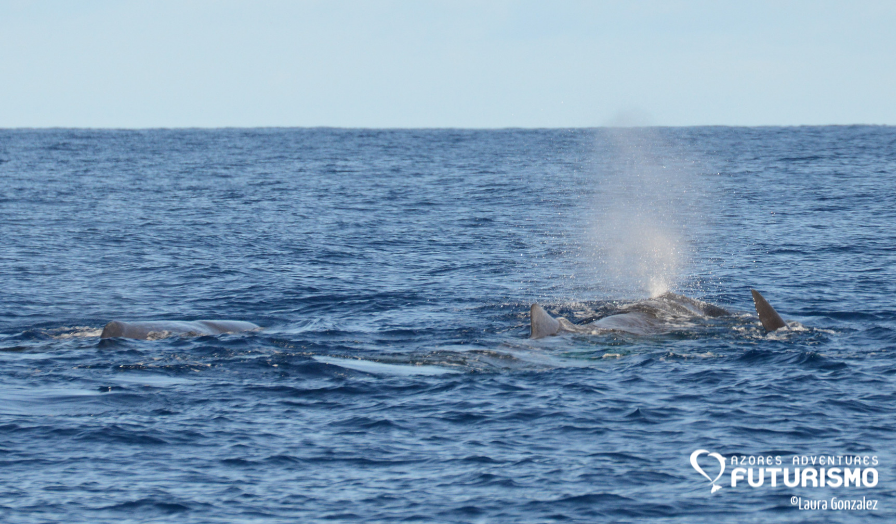 Immediately after, we went to the sei whale, who was very close to the sperm whales! And after a while we started to see sperm whale blows all around. We lost our count, but at least 8 different sperm whales in the area.

And on the way back, common dolphins!! A great trip with great guests on board! 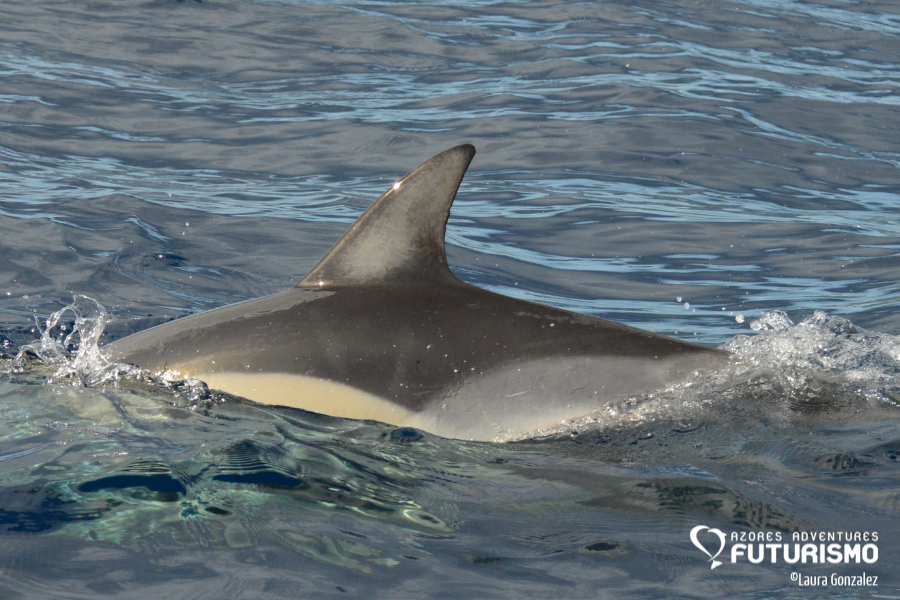 By the afternoon we already knew whales were around so we went directly to the area since it was far away from Ponta Delgada. On the way to the area we passed thru a pod of common dolphins who tried to approach us but as we continued our path they left us.

As we were arriving a blow appeared, which we immediately identified as a baleen whale and probably the Sei whale we saw in the morning. The day remained really calm with sun and almost completely glassy seas. 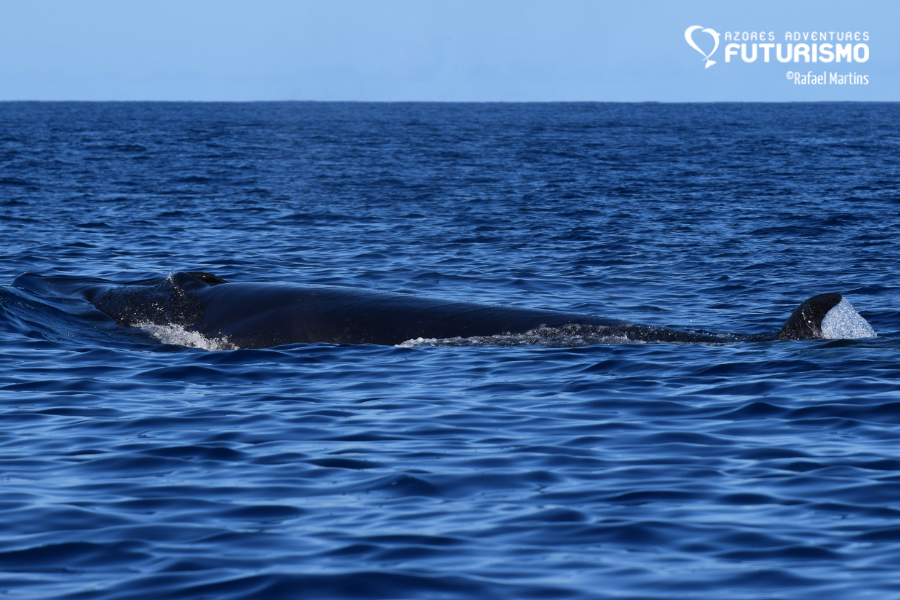 After a wonderful time with the whale we started our return while passing through the common dolphins and watching a lot of socializing and curious behaviour concluding our trip in the best way! 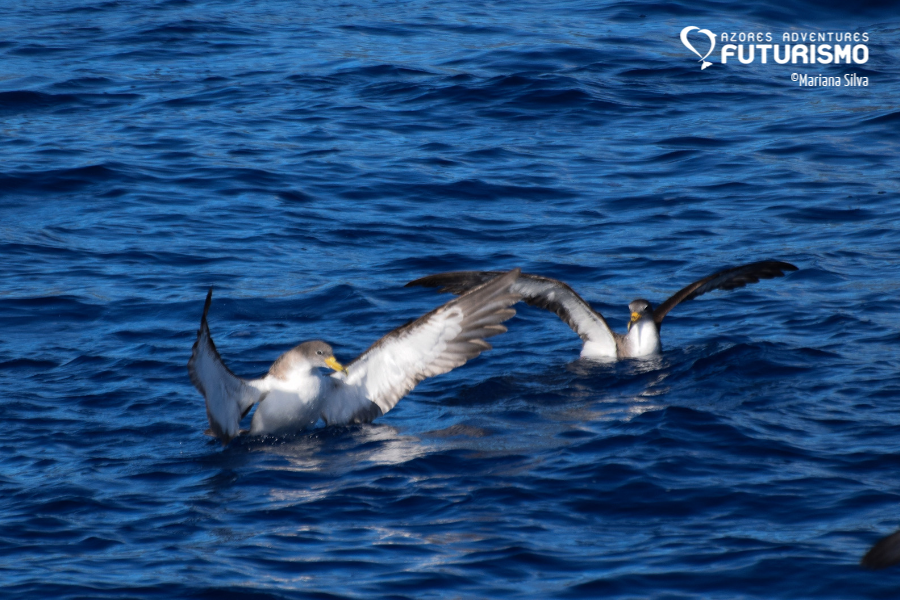