Uncategorized > Sei whale and many other species in Pico Island

Sei whale and many other species in Pico Island

Although the summer season is almost gone our expeditions through the Ocean continue to feel exciting… we are ready to receive Autumn.

Throughout our latest’s whale watching trips from Pico Island, both some of the resident as well as the summer migrant species have been present… and as a plus… Sei whales. 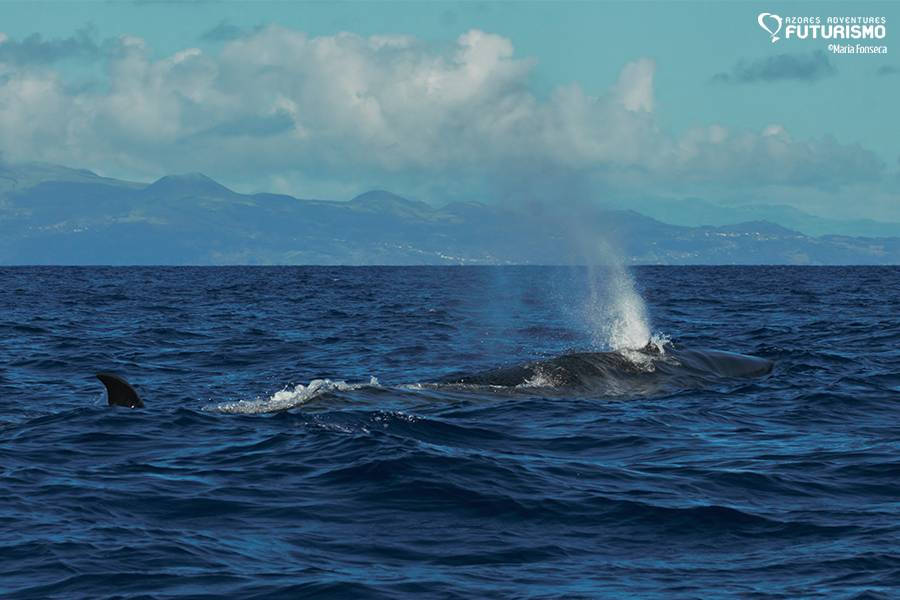 As other baleen whale’s species sighted in Azorean waters, Sei whales also follow the cyclical migration pattern in between the (sub)tropical breeding grounds and the subpolar foraging grounds (this is when they pass through our small paradise!).

Though, Sei whale’s migration tends to be done later when compared with the other baleens sighted in our waters, as the Blue and the Fin Whales (Anon., 1997). In our latest sighting of a Sei whale, the individual was solitarily slowly travelling west, surfacing calmly next to our boat. This species is the third biggest mammal in our Earth and can be found in every ocean basin!

The beautiful sperm whales have been around in almost every trip from the season: we have been sighting female’s family groups with new-borns, calves and juveniles frequently present…and occasionally visitant males passing by to meet them all. 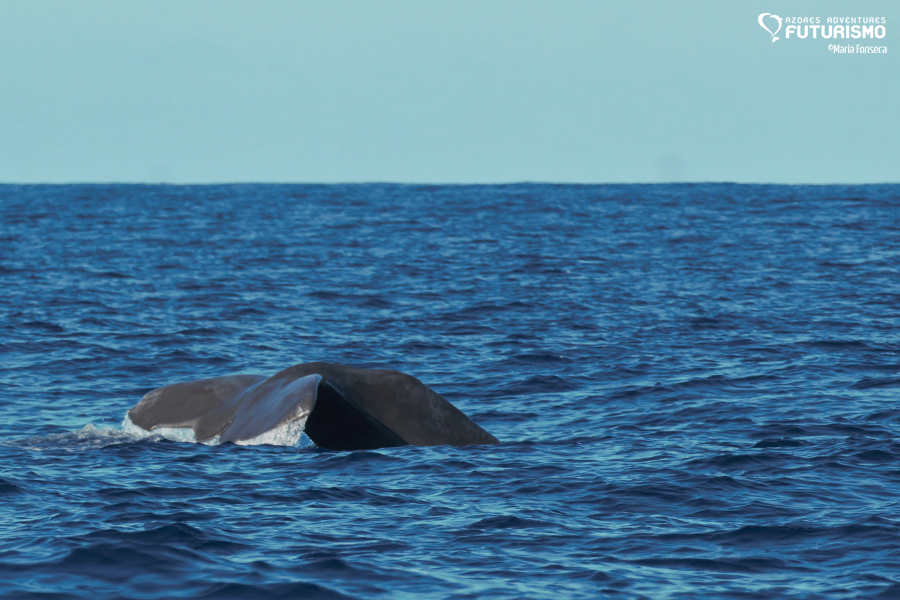 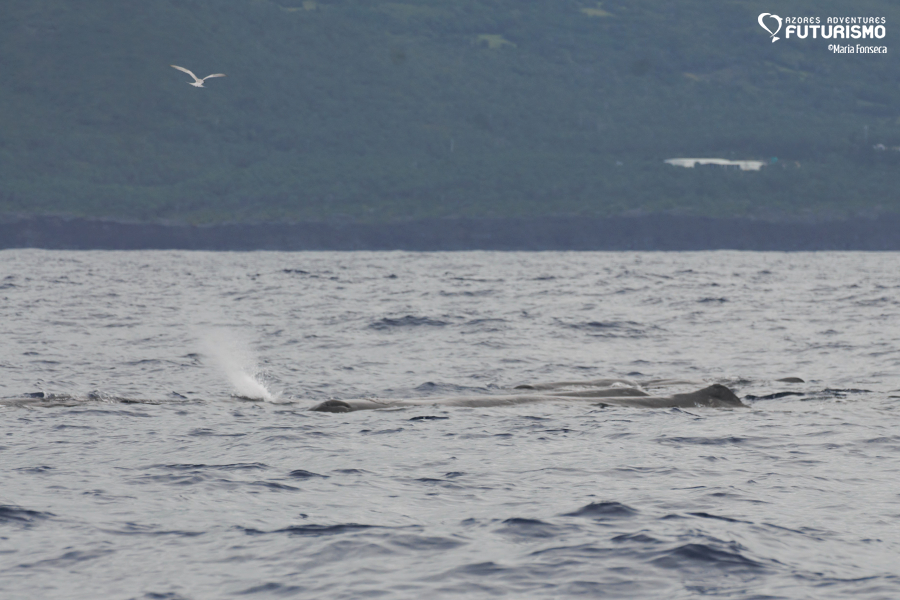 They have been aggregating
huge bait balls with the small schooling fish typical from the season
and making the delights of the Cory’s shearwaters – that dominate both
the aerial and the aquatic habitats!

We’ve been finding lots of plastic in the Ocean which we always try to collect and spread the word about during our activities… Objects floating at the surface are eventually colonized by algae and crustaceans, reuniting small-sized fish looking for sheltered shade and food underneath them. The biggest sized pieces can eventually lead to explosions of life… as the big predators arise. 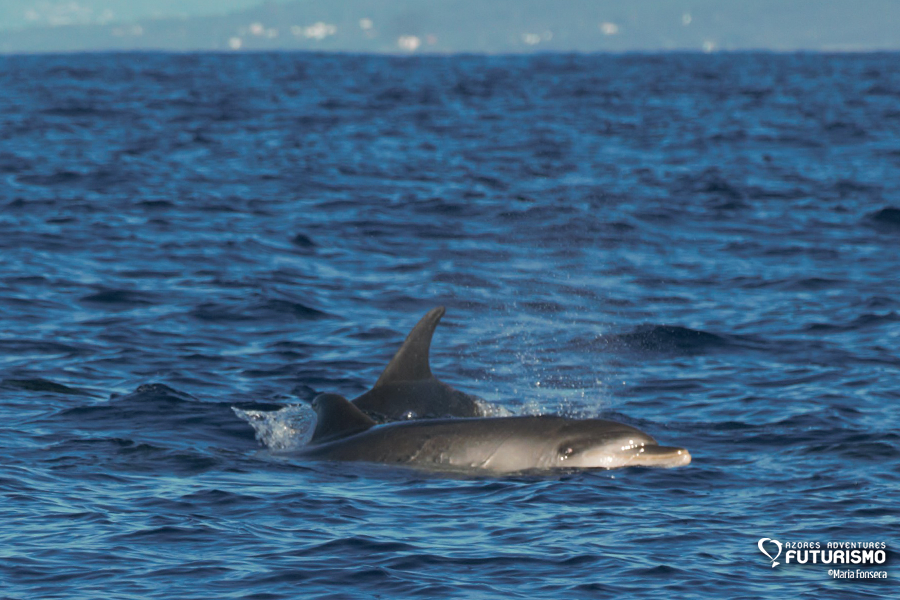 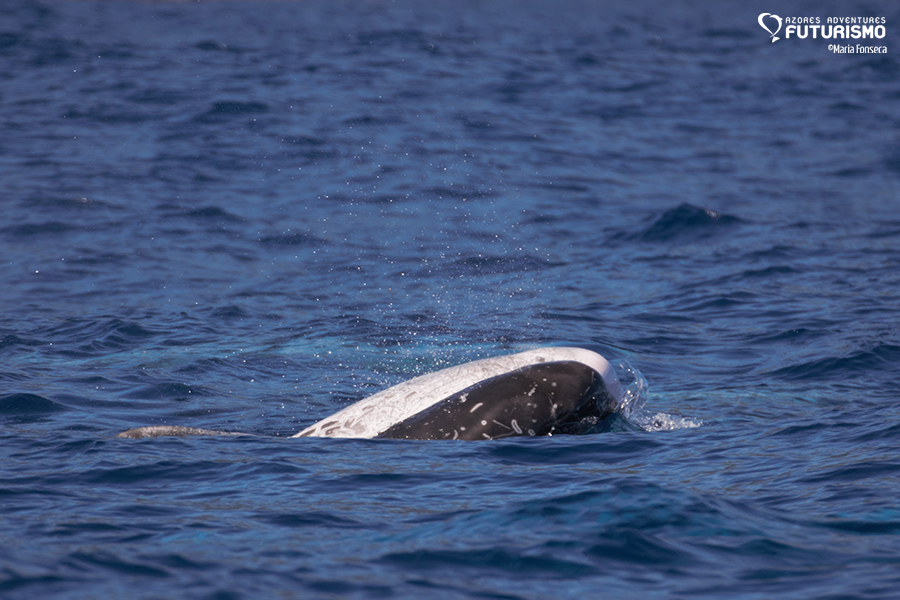 Everyday surprises and discoveries under an unexplored environment!