During this morning’s tour the dolphins were in feeding mode again. In the case of the bottlenose dolphins, feeding often takes place at depth so when they are searching for food they spend the majority of their time going on dives. This was the case this morning, but still we could enjoy seeing them at the surface every time they came up between dives. In the case of the common dolphins, most of the feeding happens at the surface so that we sometimes get to see the action from our boats. That is what happened this morning, as we could see some of the needlefish that the common dolphins (and also gulls) were feeding on around our boat. 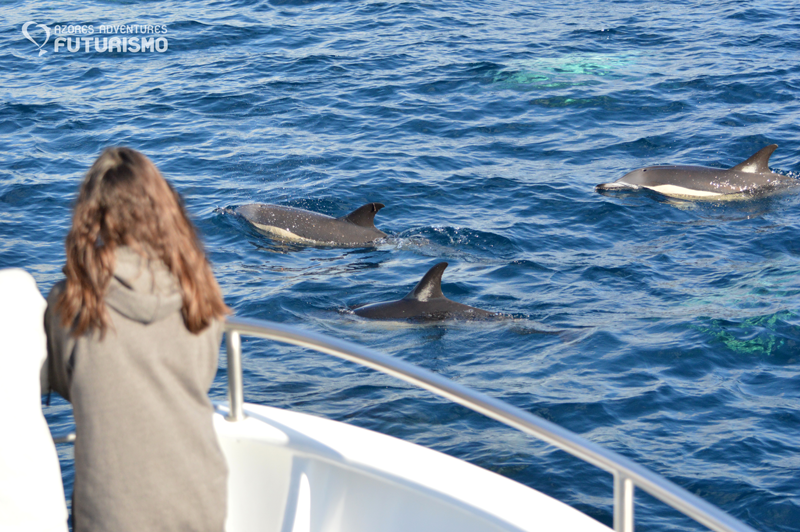 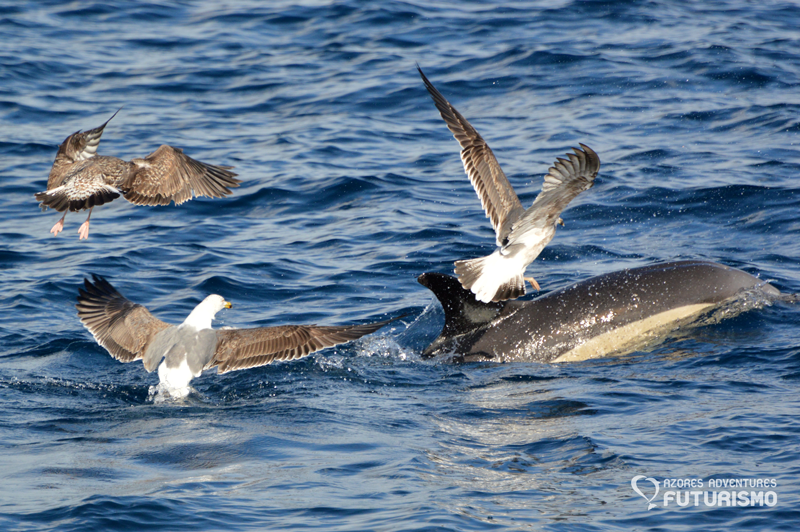 Yellow-legged gulls fighting over a fish