Uncategorized > Pico with all the 4 resident species, but also Sei whales!

Pico with all the 4 resident species, but also Sei whales!

In our latest Ocean trips, we’ve been mostly meeting our resident species, with some surprises in-between!

We sighted two different female sperm whale groups in opposite sites of Pico’s South coast. Three of the adult sperm whale females were resting at surface near each other. When they got ready to forage again, after arching their back they left us with these beautiful synchronized fluking.

As we were heading for one pod of Risso’s dolphins spotted by our dear lookout, we found two lonely bottlenose dolphins roaming alone, travelling somewhere. We observed them for a bit as they also seemed curious about us but after a while, as they lost their curiosity and kept on travelling, we also did the same.
We’ve travelled to meet this curious pod of male Risso’s dolphins approaching our boat, mesmerizing us and ‘feeding’ our curiosity with their beautiful patterns of colours, sizes and their behaviours.

Before we headed back to the harbour, we’ve still passed near a huge pod of common dolphins travelling east, also to where the bottlenose were heading. This numerous group all approached us at the same time, surrounding our boat with their magnificent joy and active energy! One of the adult females showed us a calve that was swimming by her side as they, together were approaching our boat to bow ride with us. 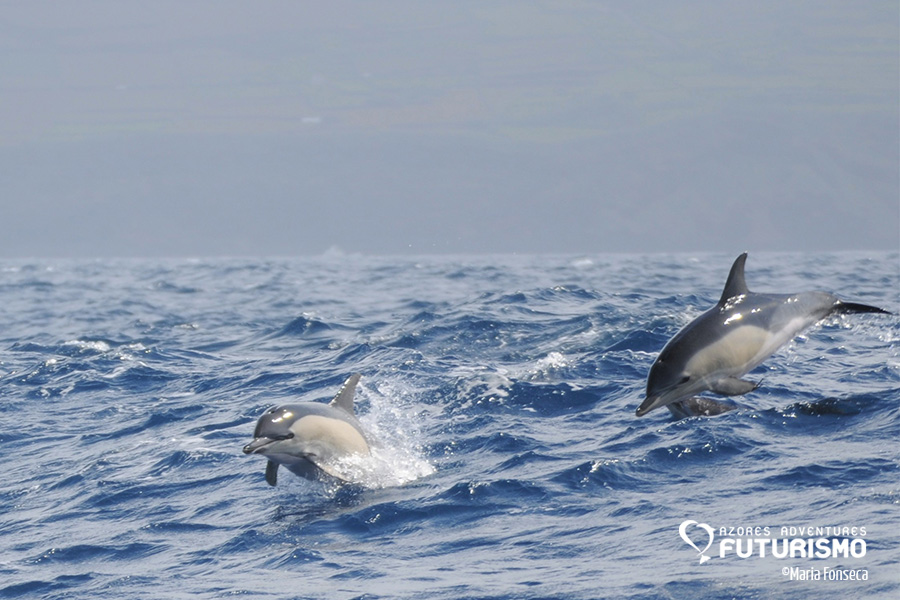 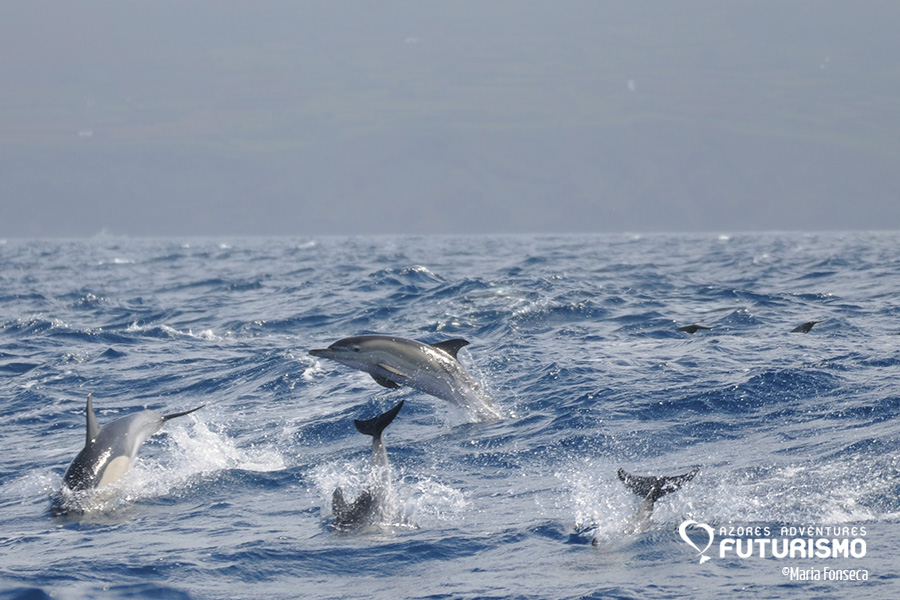 One of the highlights of our trips was to have the opportunity to be with one adult sperm whale and her calf by her side, nursing on her as she was deeply resting at surface. Near them, there was also one juvenile resting at surface.
In these trips we’ve also met two Sei whales travelling East, blowing high and showing us their lower jaws on the valley of each wave they were faced with. These beautiful baleen whales are the third biggest mammals in the World and one of the most sighted species of baleen whales in Pico Island!