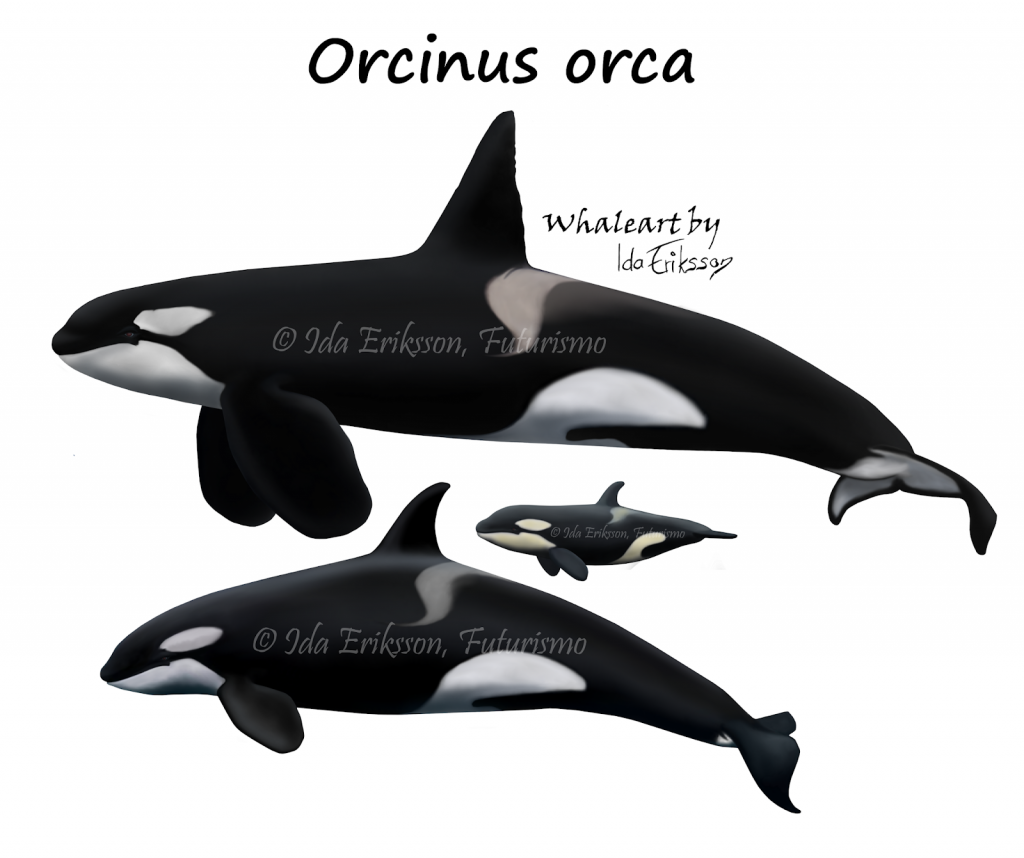 Orcas are the largest members of the dolphin family. Also referred to as killer whales because they kill and feed on whales, as well as other types of prey (including other dolphins, seals, penguins and other birds, turtles, rays, sharks and other fish). Their preferred diet depends on the type of social group (resident or transient) and location. Orcas are highly intelligent animals that have adapted to specialised and cooperative hunting techniques to capture various species including sharks, seals,
dolphins, and whales much larger then themselves. Orcas have been recorded swimming at speeds up to 54 km/hr, among the fastest of all cetaceans. The orca is the most widely distributed of the cetaceans, being found around the globe from pole to pole. They are typically found in very social family groups that have unique dialects specific to their area. 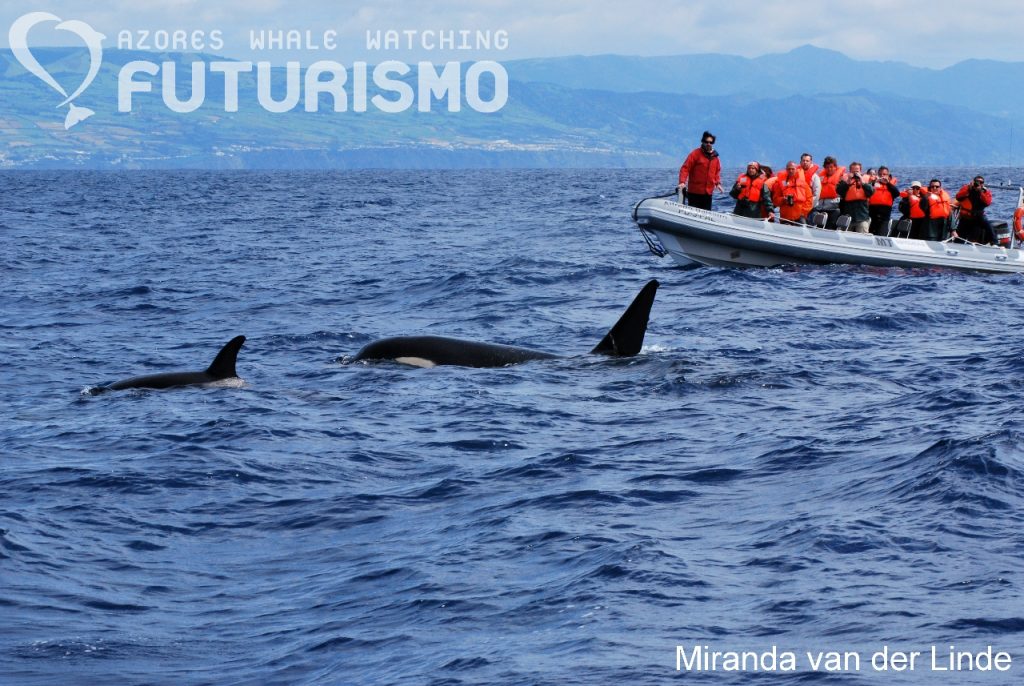 Snapshots from video below (April orcas)