Uncategorized > One week of whale watching in Pico

One week of whale watching in Pico

The season at Pico Island started in the best way possible! During the past few days we were with several groups of female sperm whales accompanied by calves swimming next to the adult females, switching in between them as they were leaving the surface one by one to engage on deep foraging dives.

During one of the trips, we had the opportunity to observe them in the same area as Sei whales that were passing by during their migration.

In another different trip, we also saw sperm whales sharing the same area with Risso’s dolphins. One of these mornings, our lookout saw one really big blow from a sperm whale. We went to check it out and it was this amazingly big male individual. Afterwards we understood that he was swimming in the same direction as a female group that was some miles ahead of him. 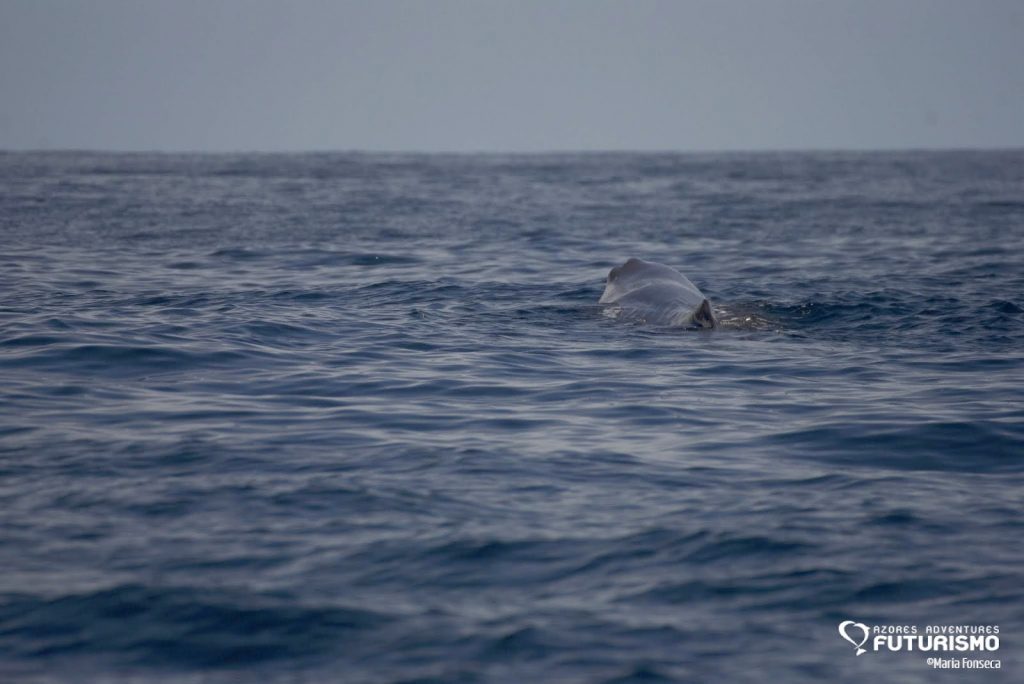 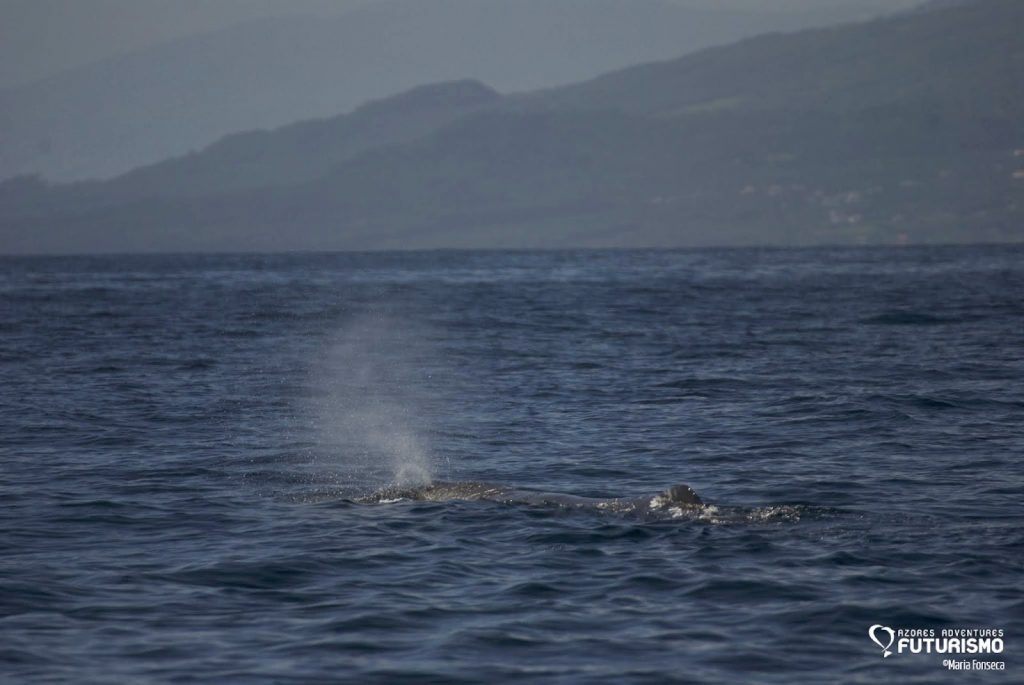 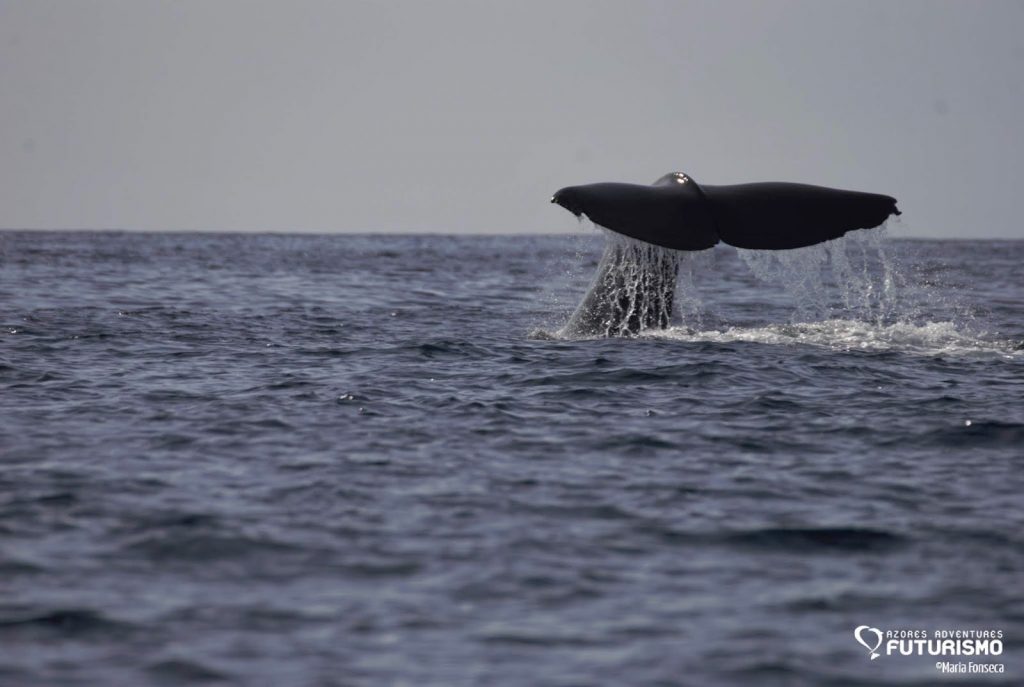 Common dolphins have been also present in every trip and sometimes they appeared accompanied by striped dolphins. We spotted several small juveniles and calves of both species swimming together with adult dolphins.
During our swimming with dolphins activities, our guests had the chance to go inside the water with Risso’s Dolphins and also with common dolphins. Despite their shy behaviour, some of the resident groups of Risso’s enable us to get inside the water to observe them closer and they are a truly beautiful species. Several individuals of the males groups are almost completely white. We can notice this amazing pattern as they swim quite calmly and steadily underneath us.

Now that spring weather is arriving to Pico, along our marine mammal search we have been able to find several loggerhead turtles which we kept admiring for some minutes. In our swimming with dolphins trips, our guests can swim close to them. Most of the times, fish hide underneath them, searching for some protection while they stay near the surface catching some sun rays. 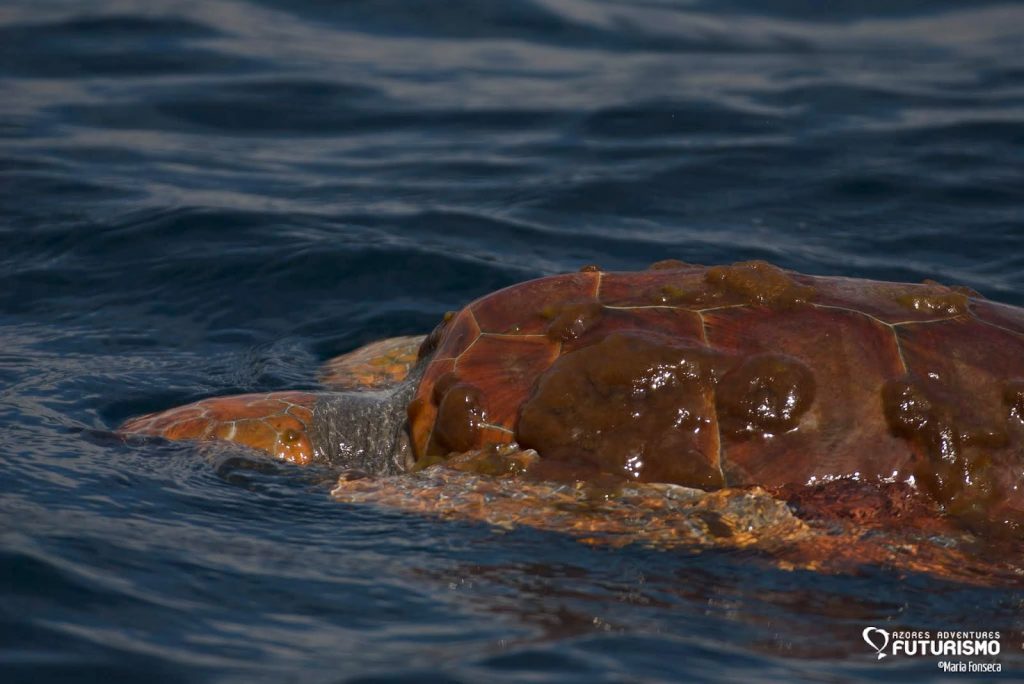 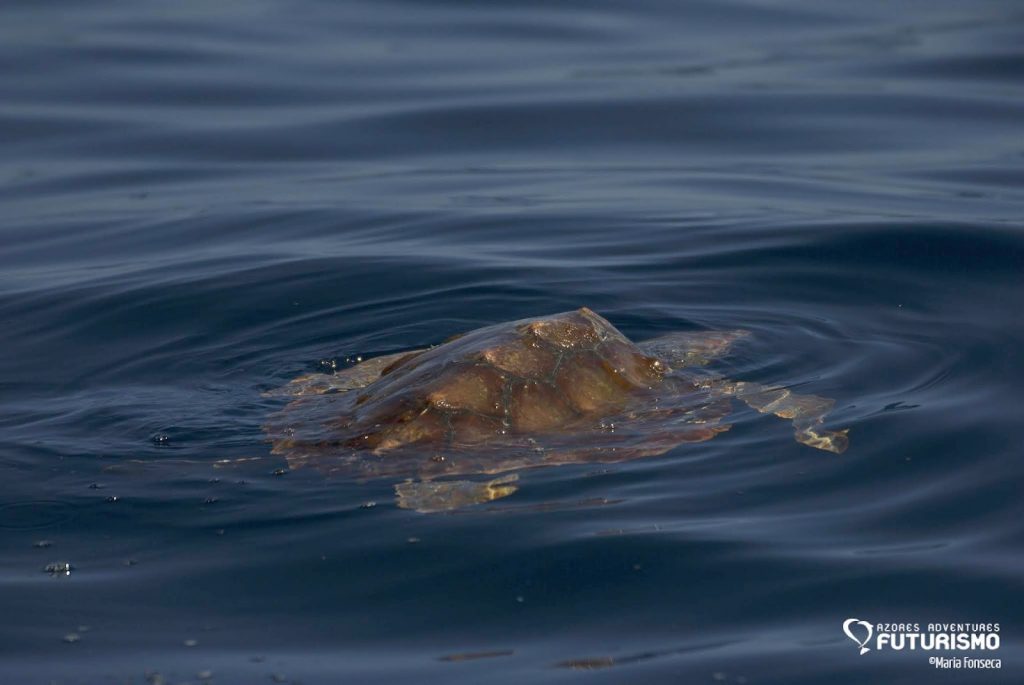 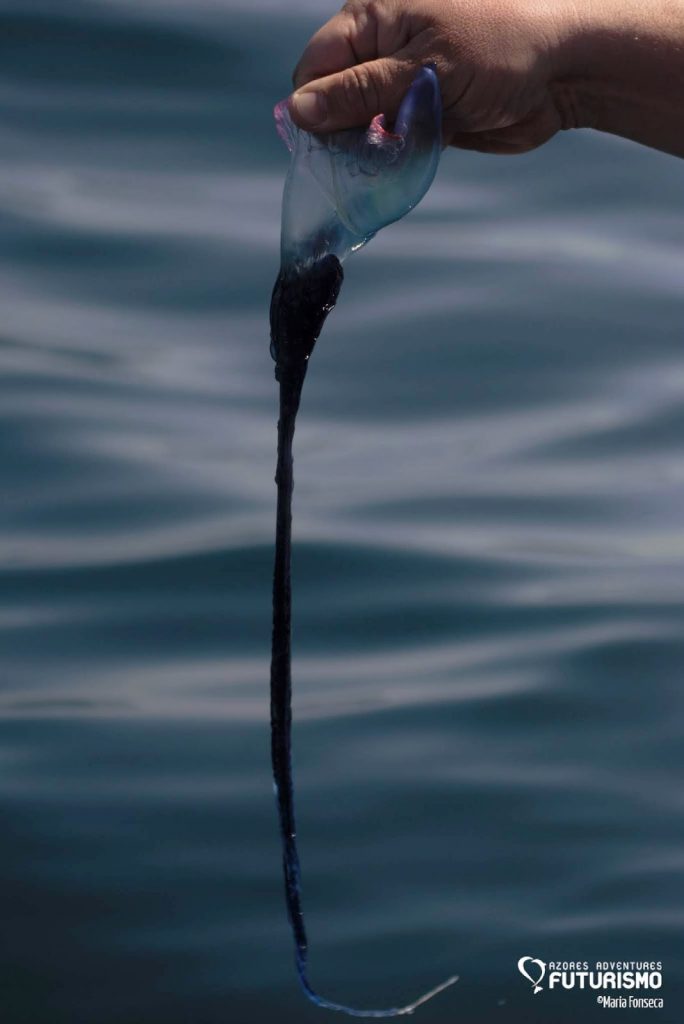