May 2018 Sighting and statistics in São Miguel and Pico Islands

May has
been an incredible month for whale watching in the Azores;

In São Miguel, in terms of
days gone to the sea we had an amazing month of May, as we went to the ocean a
100% of the days to the ocean and we saw whales a 99% of the times.

May started
amazingly we a pod of orcas; a total of 10 different species have been seen
along the month: the big five of the Azores: blue, fin, sei, humpback and sperm whales; killer and false killer whales, many different dolphin species. 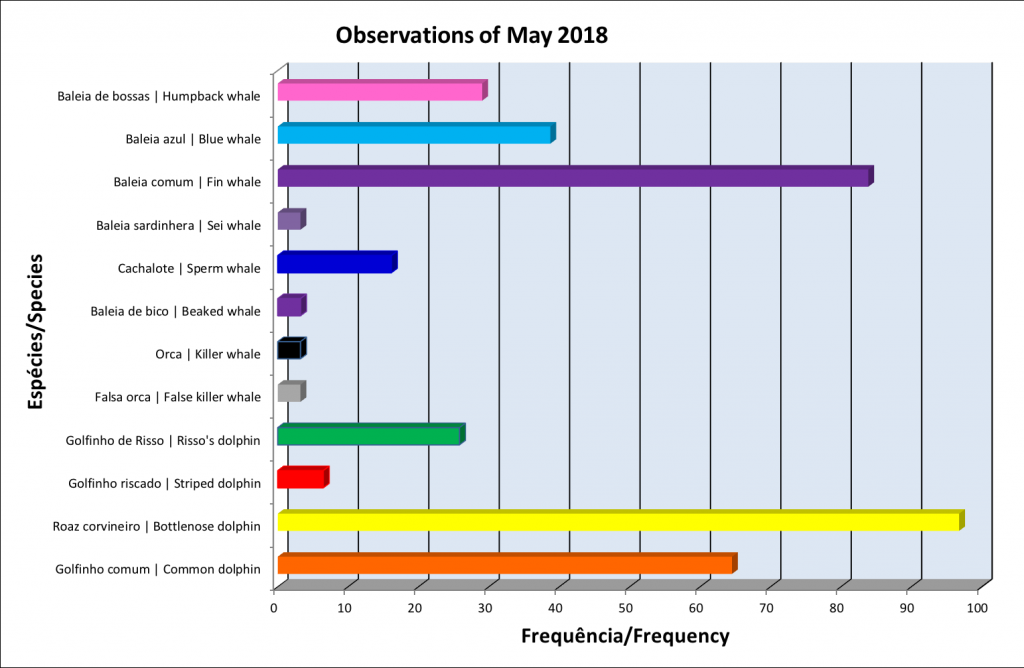 The fin whale has been the species we encountered the most and we can remark the presence of blue whale, which is a bite later than usual.

In Pico Island, a total of 10 species have been seen in our tours during months of May and April, including of course the resident ones (sperm whales, common, bottlenose and Risso’s dolphins), the lovely Fin whales, Blue whales and of course the Sei whales and Humpback whales!

And we had a very special encountered in our tours in Pico Island. We saw a hybrid between a blue and fin whale for twice.

May is one of the best times to see cetaceans in the Azores and if the weather goes along… amazing!
Let’s see what will happen in june!
Share
Tweet