Today we had an amazing morning in between the high waves at Southern
Pico! The sea was quite beautiful, full of birds soaring close to the water’s
surface, foraging for fish in all of our surroundings.

We even had the
opportunity to see what nowadays is considered quite a rare species over here,
one Manx Shearwater.

Has we arrived at a pod of common dolphins our spotter sighted and
led us up to, everyone onboard became amazed by all their energy. Common
dolphins are small delphinids that regularly move quite actively and in
numerous pods. The waves and all the
fish present on today’s sea were also potentiating the dolphin’s active
behaviour as they were foraging by chasing the fish and surfing the waves,
together with the shearwaters.

Everyone onboard listened to their communication
whistles and eco-location clicks with our hydrophone. 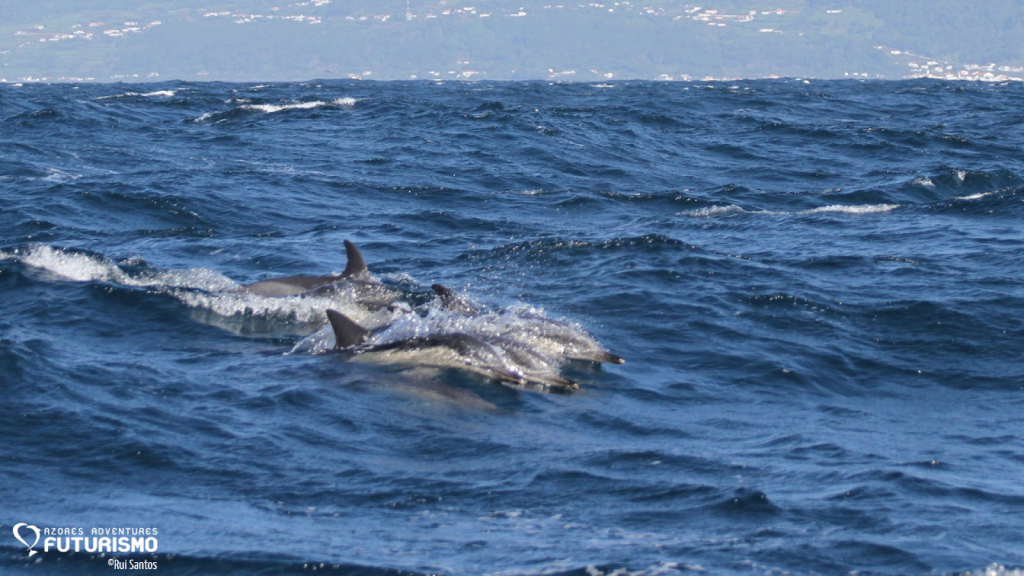 We approached the reptile slowly but still, it didn’t share this moment with us…
Filmed by Maria Raquel Fonseca

Maybe next time! Who wants to join? ?