This morning we were lucky to have a large group of sperm whales a short trip away from Ponta Delgada. It was nice to see our resident whales again, after a period of seeing only fin whales recently. There were many sperm whales hanging out at the surface together, probably about 15 in total. For a moment they even became curious and turned towards us to check us out. After the whales we enjoyed some nice encounters with another one of our resident species – a group of at least 100 common dolphins. They were playing in the waves around our boats, even when we left they swam with us an lept alongside us for quite some time.
Photos by Miranda van der Linde 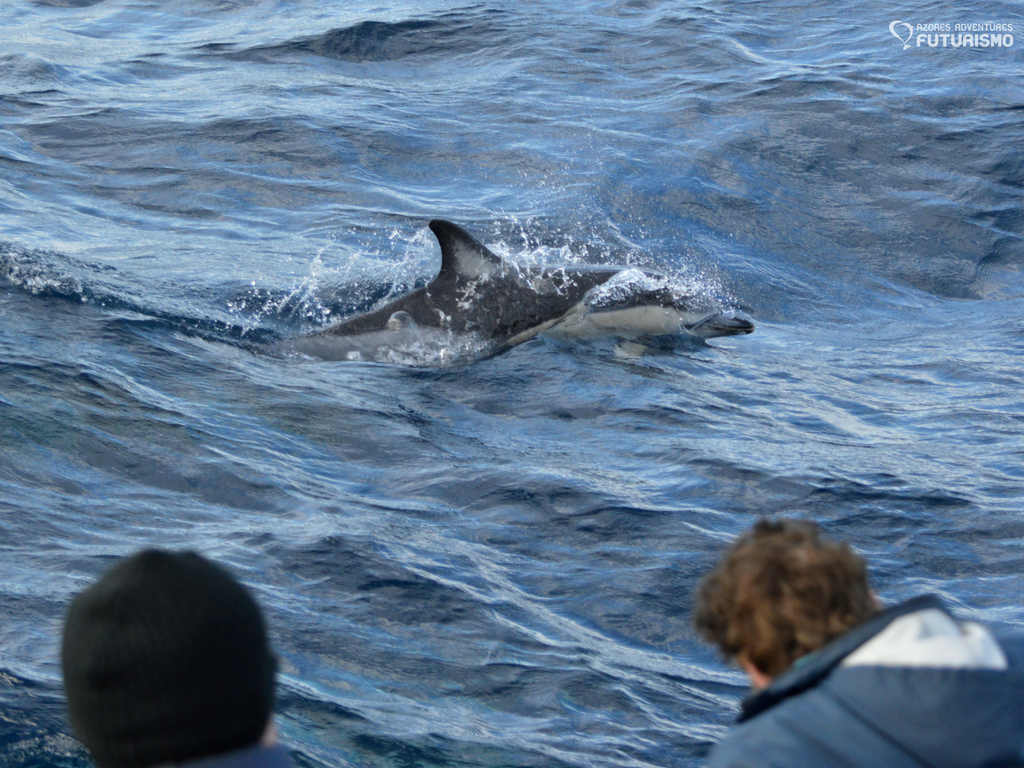 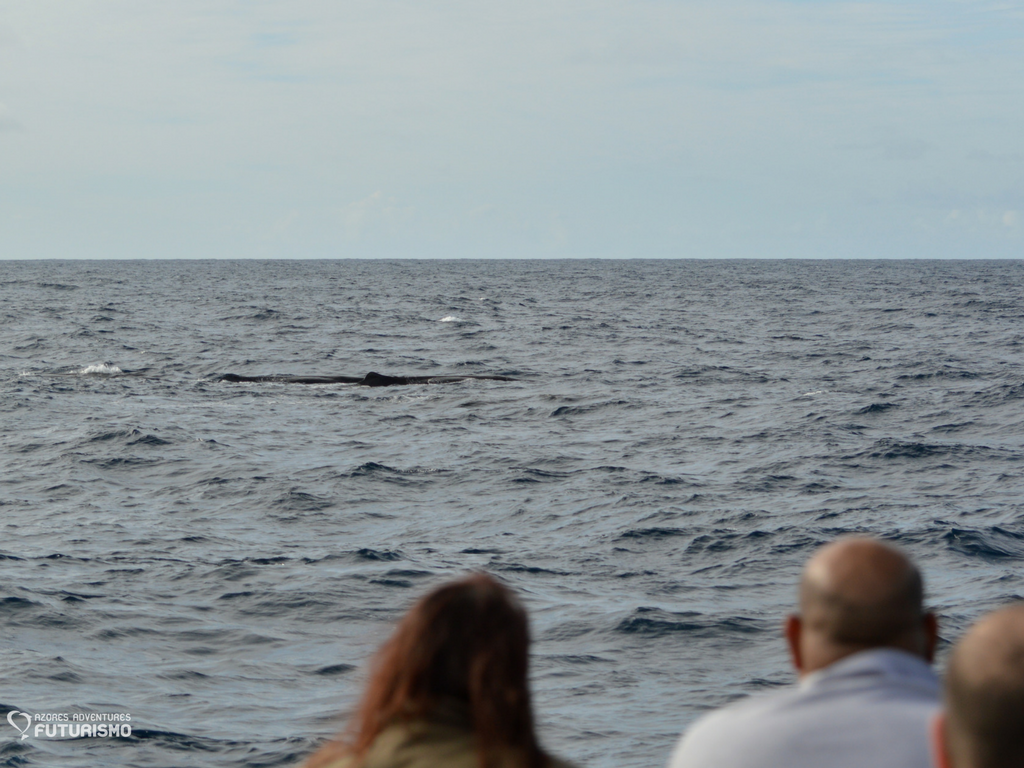