Today our catamaran “Cetus”, many zodiacs and our medium-sized boat “Song of Whales” left the marina to find whales and dolphins. We found sperm whales and bottlenose dolphins, two species that are resident here in Azores. We started with the family of sperm whales, not far directly out of Ponta Delgada. We had many in the area, so that every time one raised its tail to go on a deep dive we already had another one at the surface and we never had to wait between encounters. After a while of seeing several different sperm whales we left them to see the bottlenose dolphins a bit closer to shore. It was a large group and they were spread out in the area. As always they were funny and curious and coming close to the boats.
In the afternoon, we encountered the same family group of sperm whales and this time the bottlenose dolphins were in the same area as them. The dolphins’ natural curiosity drove them towards the sperm whales every time they were at the surface. At one time we were watching 4 sperm whales up, side by side, with the dolphins swimming all around them. These 4 whales didn’t seem too bothered by their presence, but later another sperm whale who we call “Orca” became very agitated when she was surrounded by the playful dolphins. The whale rolled around, threw her tail up, let us see her jaw and even defecated, leaving the dolphins in a brown cloud of poo. As well as “Orca” we identified other well-known sperm whales in this group, including one we call “Bear paw” and another we call “Left tip”. It was an amazing day in the company of these familiar sperm whales and the playful bottlenose dolphins.
Video of our friend “Bear Paw” diving

Photos from the morning: 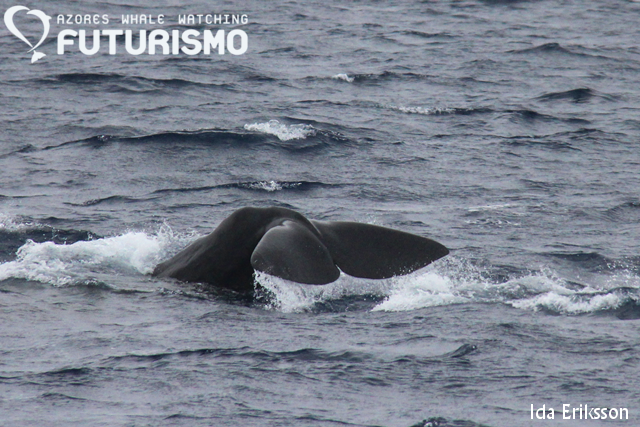 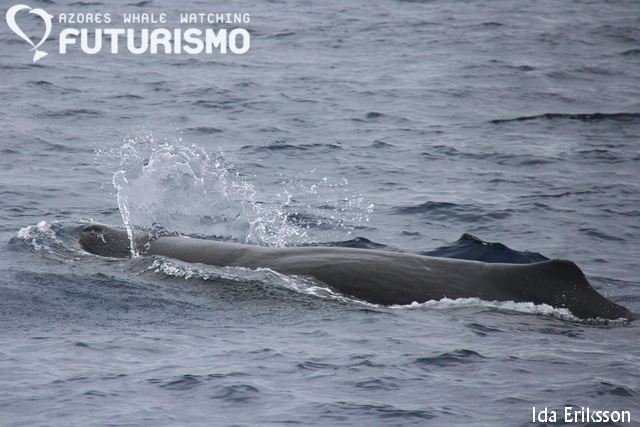 Two whales on their way fluking 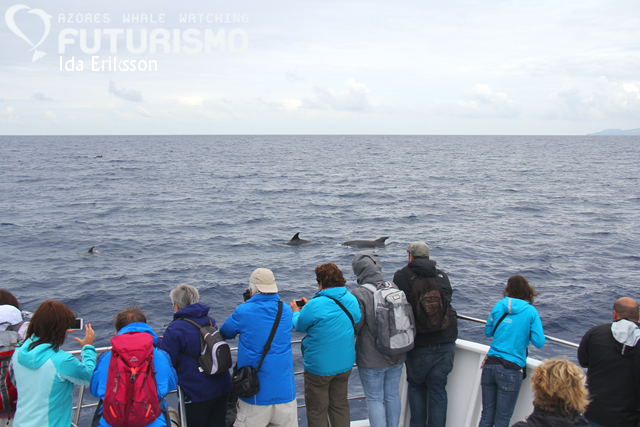 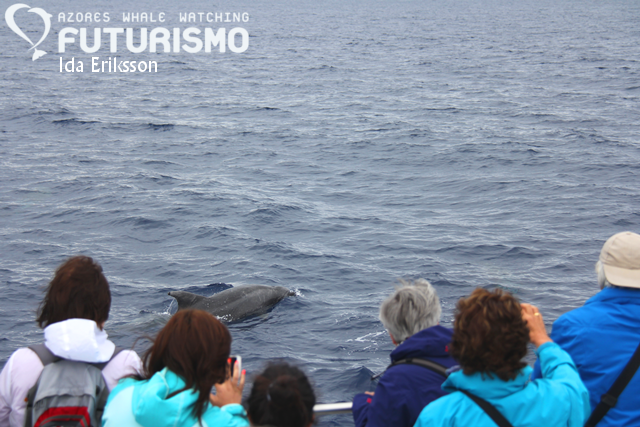 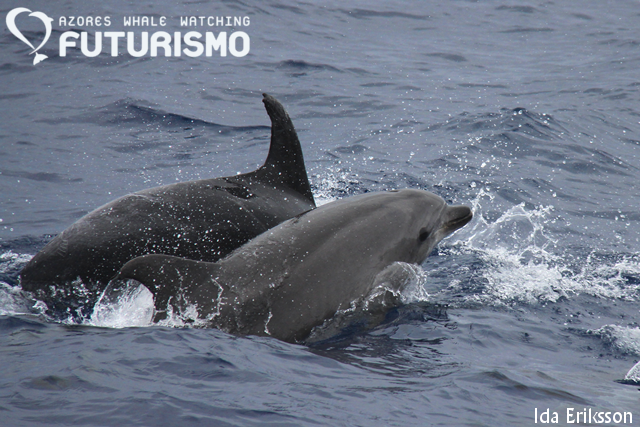 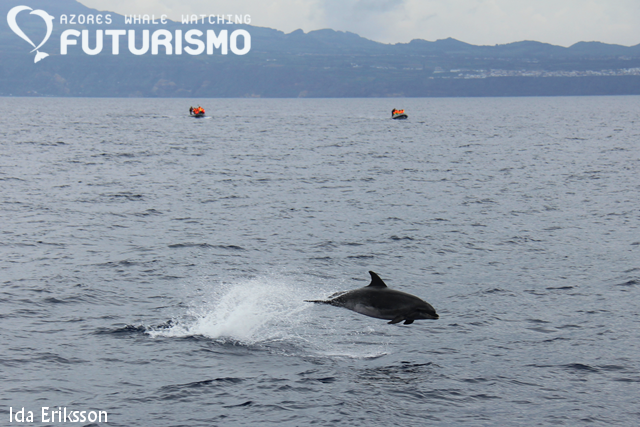 Bottlenose dolphin jumping high, with our zodiacs in the background

Photos from the afternoon: 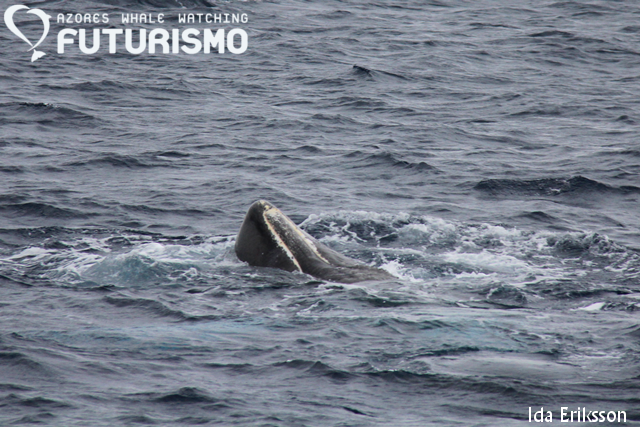 This is the mouth of “Orca” (the sperm whale) 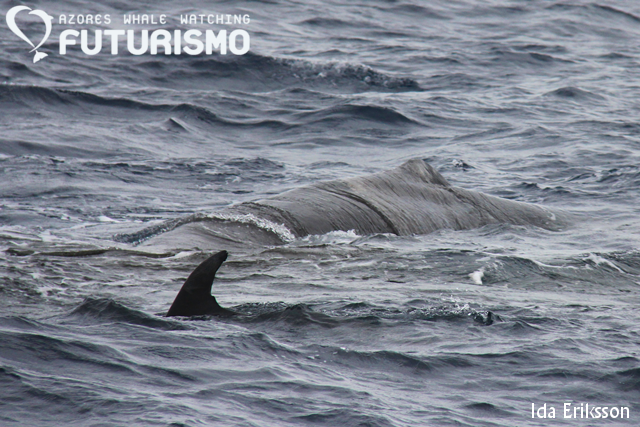 “Orca” with a bottlenose dolphin blocking her way 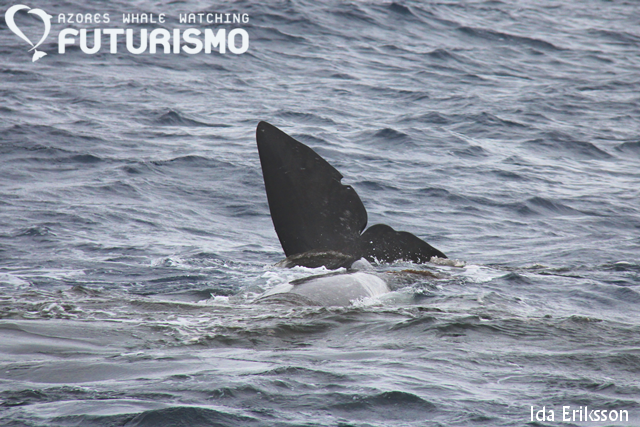 Can you see the poop? 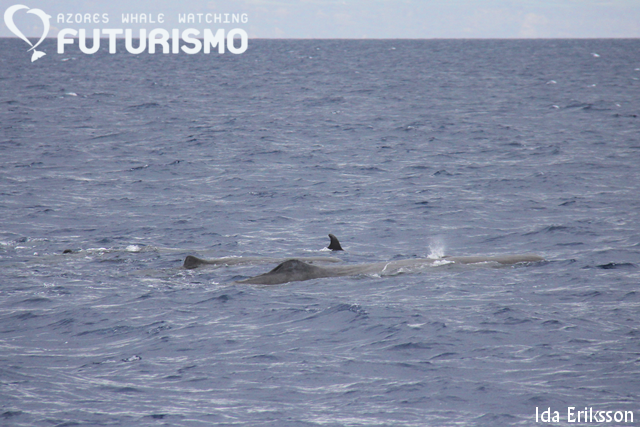 Sperm whale trying to “fluke” or wave the dolphins away 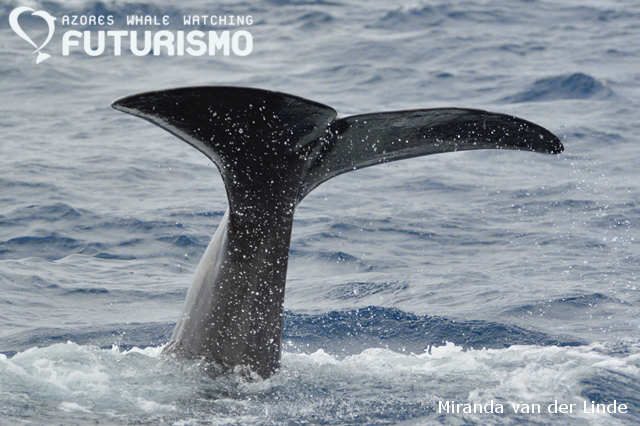 Some of the bottlenose dolphin that were teasing the sperm whales 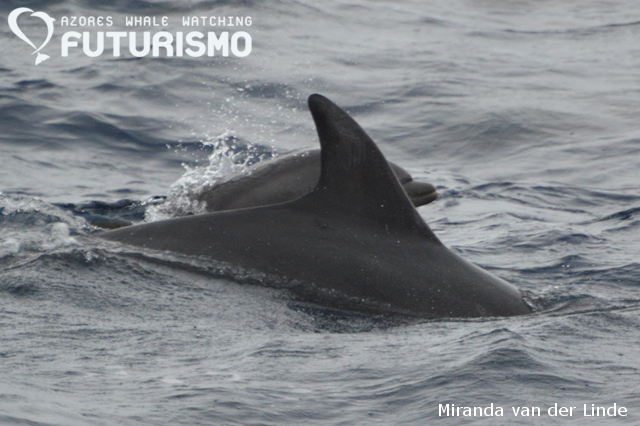