Our morning started with some sperm whales. They were foraging so we managed to see many flukes! Then, our lookout spotted another species, one that is not seen very often. We had Sowerby’s beaked whales! They were quite surface-active and we managed to see the beak at surface before the rest of the body, which helped us identify the species. After the beaked whales, we saw another sperm whale. 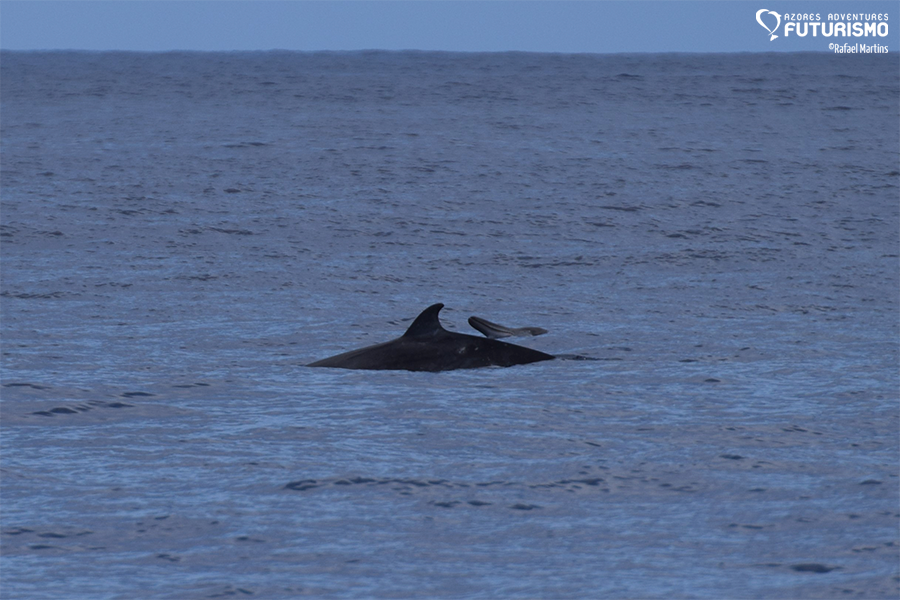 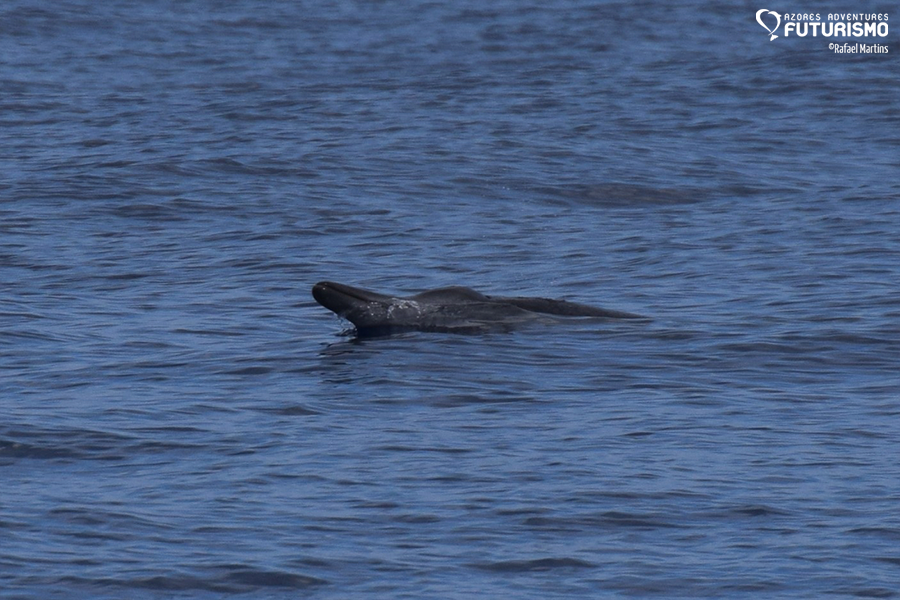 Meanwhile, some of our other boats saw spotted dolphins, and one of them appeared to be almost completely white! Next, we saw some common dolphins that we could see really well, even underwater as the sea was quite flat. Our swimming with dolphins tour had an interesting day today as well! They managed to view some pilot whales! 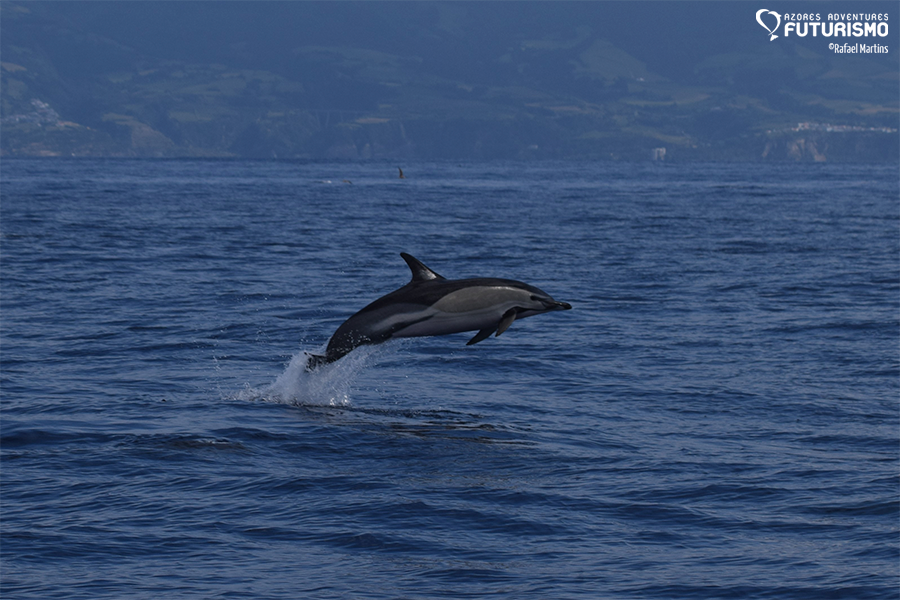 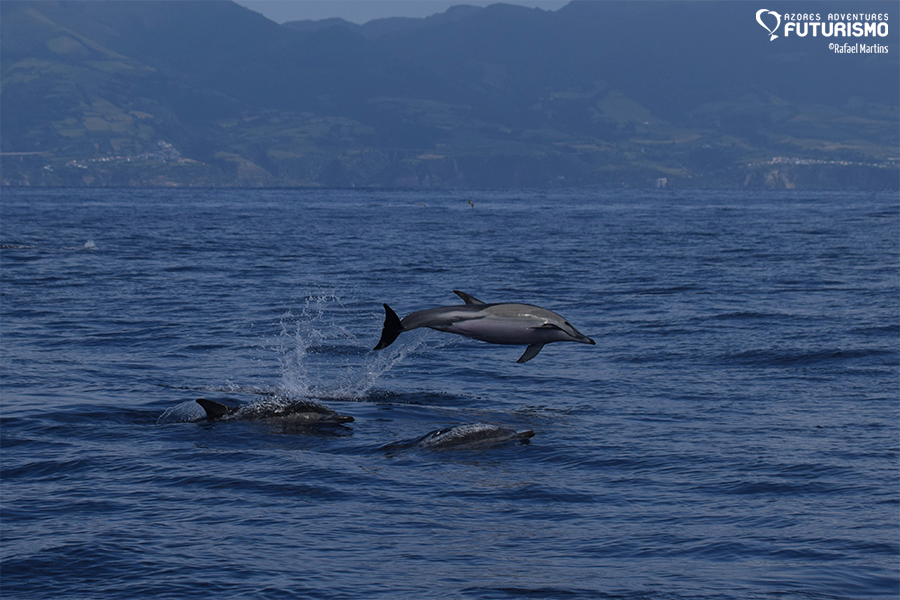 In the afternoon we started off with sperm whales again, and this time we managed to see a really small calf (baby sperm whale). After that we decided to leave the calf alone with the mom and not disturb them, so we continued to see some other sperm whales. At some point, we saw one sperm whale wiggling and turning, as if she was bothered by something. We even saw the mouth open at the surface. 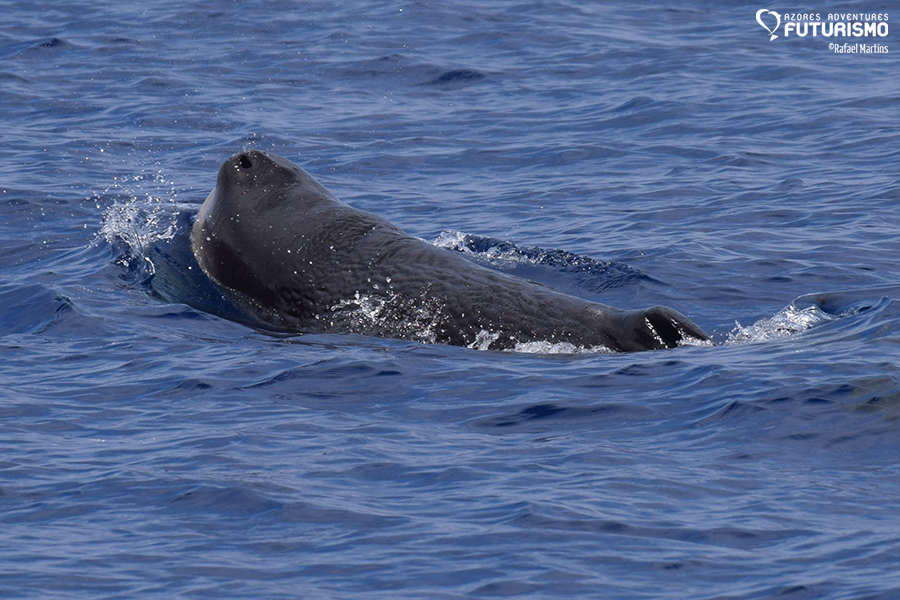 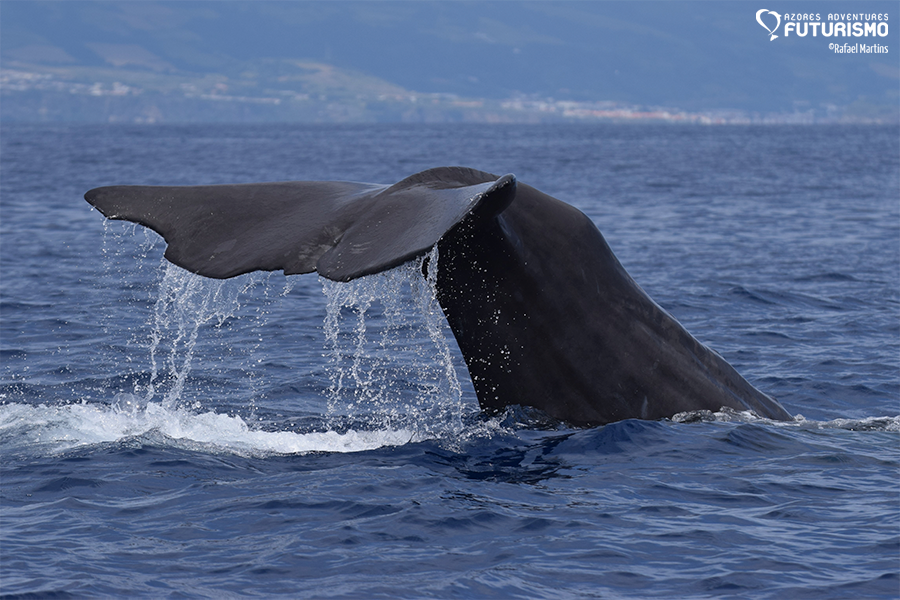 Quite soon after that, we saw a Risso’s dolphin surface right next to the whale! It seemed like there was an interaction between the two species, almost as if the Risso’s dolphin was teasing the sperm whale. So we ended up in a group of Risso’s dolphins, and a really large one! Their pod must have had at least 70 individuals, they were quite spread out and seemed like they were socializing amongst each other. What a great morning and afternoon, we almost did not want to go back home!