Yesterday we had our first trip since the hurricane passed nearby… and the Autumn wild sea gave us a beautiful morning near the dolphins.

In the middle of the waves the seasonable Atlantic spotted dolphins were truly active, chasing and herding fish, scattered near the Ocean’s surface. The Cory’s shearwaters were always present, following them through the skies while trying to catch some of their herded fish! High jumps, social behaviours and communication whistles/clicks were also present among all this activity.

The resident, Oceanic bottlenose and Risso’s dolphins were also quite active and social … We even observed two Risso’s travelling along the bottlenose’s pod. After staying with the bottlenose pod and with the guidance of our lookout we navigated more inside and got to sight again (check this in our previous post) , what seemed to be two different pods of Risso’s gathered around the same area… as we arrived, they were divided in two different groups but eventually they got together.. passing quite close to our boat! 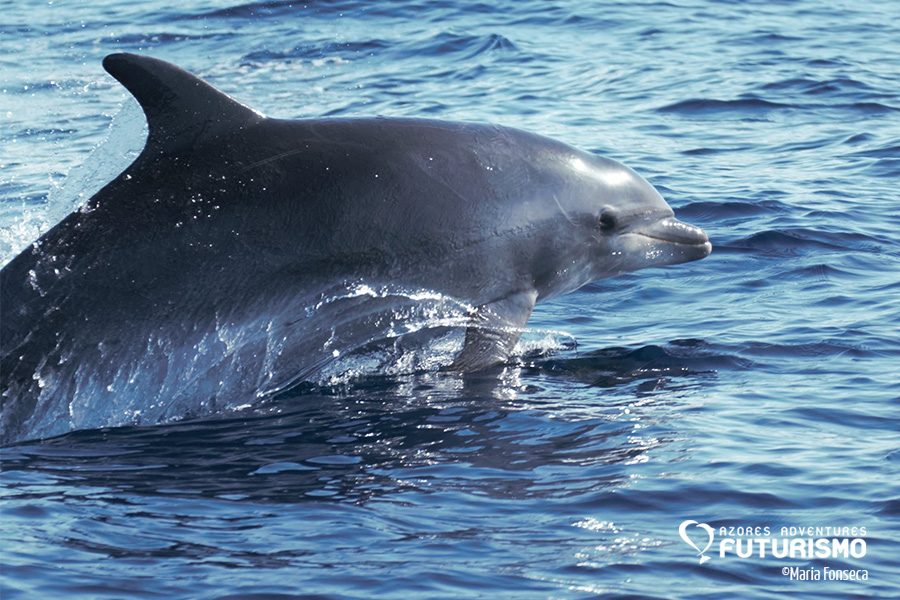 As we arrived at our land base we still had the opportunity to check what they were doing underwater with our onboard recorded videos, while among their company.