Other species conservation > The adventurous life of a Cory’s shearwater: migration and reproduction

The adventurous life of a Cory’s shearwater: migration and reproduction

The Cory’s shearwaters that we begin to see more often during March-April on our waters and that delight us with their songs and feeding behavior during ours tours, made a long journey to get here. These seabirds generally fly between 15,000 and 35,000 km on their trans-equatorial voyage across the Atlantic Ocean.

Fig 1: Cory’s Shearwater Migratory Movements. Reyes-González, J. M., et. al. 2016. Pardela cenicienta atlántica    – Calonectris borealis.
As you can see in Fig. 1, the trajectory they follow annually has the shape of a figure of eight across the Atlantic.
The yellow line refers to the Scopoli’s shearwater (Calonectris diomedea) which nests in the Balearic Islands, the blue line represents the Cory’s shearwater (C. borealis) of the Canary Islands, and the pink line describes the movements of the Cory’s shearwaters that next in the Azores.
Once the breeding season is over, they return to the South Atlantic to feed, mainly over the continental shelves of South America, southern Morocco, Western Sahara and southern Africa.

See a video of a Cory’s shearwater that nests in the Canaries. Reference: www.migraciondeaves.org
The breeding season takes place from August to November between the Canary Islands (for hatching and feeding chicks) and Western Sahara (for feeding). At the end of November, this Cory’s shearwater migrates to South Africa to pass the winter feeding on the continental shelves. At the beginning of February, it starts going back to the north, to begin the cycle again.
The scheme below summarises the steps of the annual cycle of the Cory’s shearwater:
In February, the Cory’s shearwaters start to return to their nesting areas, the eggs are laid from mid-May to early June and the chicks hatch at the end of July. Finally, their feathers grow from the middle of October until the beginning of November.

This species nests in colonies and the nests are located in cavities in the ground, under rocks, in the crevices of cliffs, or on the floor of small caves. The incubation period takes about 54 days and they raise their chicks for around 90 days.
Cory’s shearwaters only lay one egg a year, then they have to make a great effort to raise their offspring. In this species, the male and female take turns incubating the egg and going for food. The demand for food during the breeding season is much more intense, in addition to having to provide food for themselves, they also need to feed their chick.
For this purpose, they carry out a strategy called bimodal (Fig 2): they combine short trips (1-3 days, ≈ 75 km) to feed the young and long trips (5-18 days, up to 1800 km), to look for food for themselves Therefore, the proximity of the colonies to highly productive areas has a great influence on the parents feeding strategies.
Once the breeding season is over, adults start their return to winter areas, leaving the juveniles alone in the nests. Juveniles will have to wait a few days without food until they moult their juvenile feathers. With their new plumage they can venture alone into the open waters.
Learn more about Cory’s shearwater, a different matter over the sea
Article written by Cristina Montoya Bernabeu 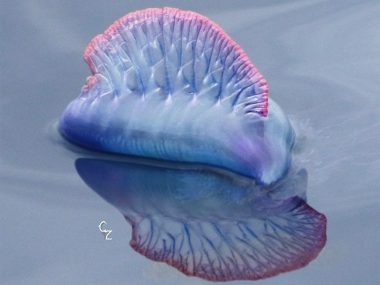 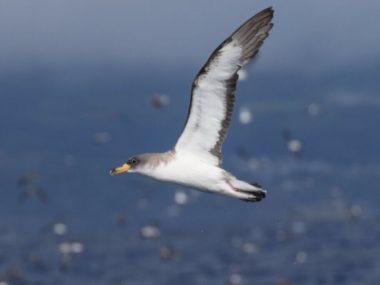