Today
some of our boats managed to see bottlenose dolphins. It was a big group, very
active and socialising. 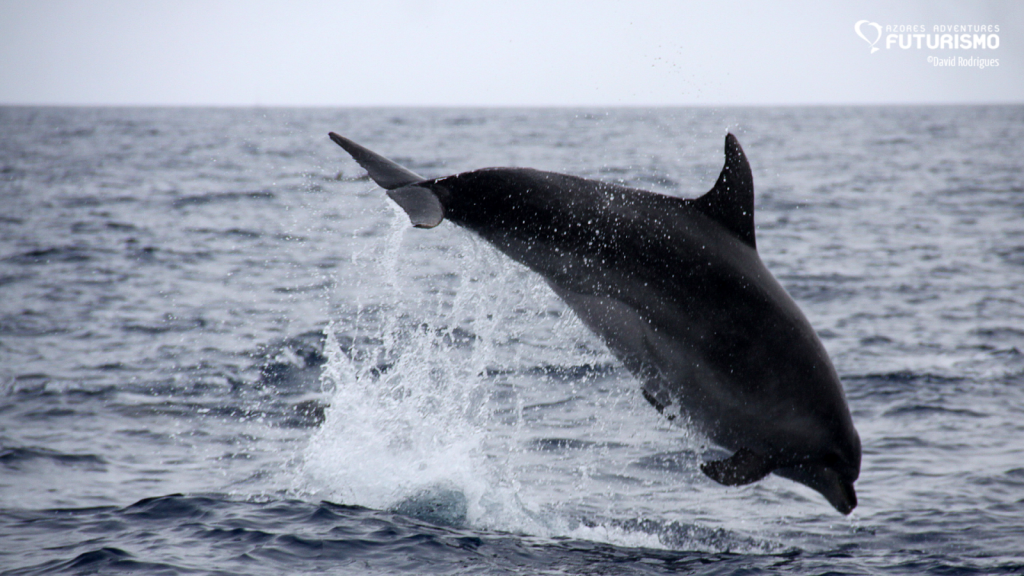 Some of our other boats were further east seeing as
well some common dolphins. They were very active, probably feeding with plenty
of shearwaters on top.

But the star of the day, was without any doubt, our
beloved Mr. Liable. This male sperm whale has been around the island on the
last few days, and today amazed us with his huge tail several times. So.. he
was foraging, both in the morning and afternoon!  Who knows how much food does he need to be
satisfied! Furthermore, we took our chance to listen to him. Did you know that
sperm whales have the most powerful echolocation sound of the animal kingdom??
And they use it when foraging! So today.. perfect occasion to use our hydrophone
with this amazing male sperm whale! 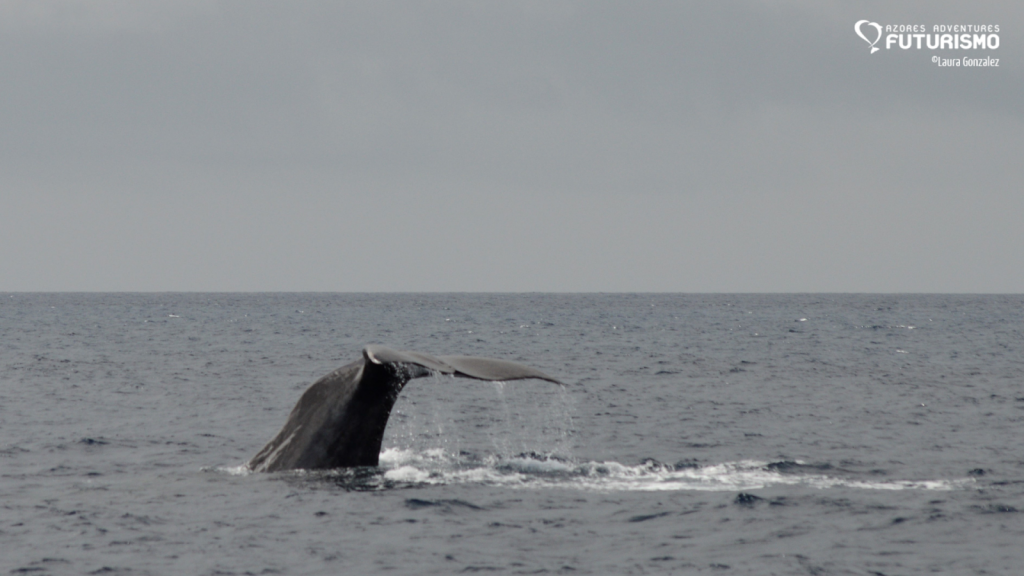 In
the afternoon Mr Liable was still around so we went to the area where he was
diving and managed to track him by listening to his foraging click on our
hydrophone. As he almost does, this big sperm whale did not dissapoint us when
he came up to the surface. We managed to see him for a long time as he was up
breathing, before he showed us another magnificent tail.

One of our
small boats also saw the striped dolphins. They were socializing and leaping
out of the water showing their bellies! This kind of behaviour is not very
common for the striped dolphins here around são Miguel. They also
had lots of calves. They are a beautiful species to encounter.