The glaucous gull is the second largest gull and occures rarely in the Azores. They can reach a length of 63 – 68 cm, with a weight of 1200 -2000 g and a wingspan of 142 – 162 cm. They can be seen from October to April, close to the coast (and in the marina of Ponta Delgada), and may be seen in large flocks with other gulls. Their large size is the best way to differenciate them from other gulls with similar plumage. They are very similar to the European herring gull, but with the upper wings a paler shade of grey. Glaucous gulls have a circumpolar distribution, with several subspecies distributed between the Arctic and Subarctic coasts and islands of Europe, Asia and America. Depending on the population, they can behave as a partial or totally migratory species, or be dispersive. They are active predators around nesting colonies of seabirds. Glaucous gulls can live to be 21 years old and they are omnivorous, feeding mainly on fish, eggs and young birds (and some garbage in winter time). They lay 2 – 3 eggs and incubate them for 27 – 28 days. fledging occurs around 49 days. 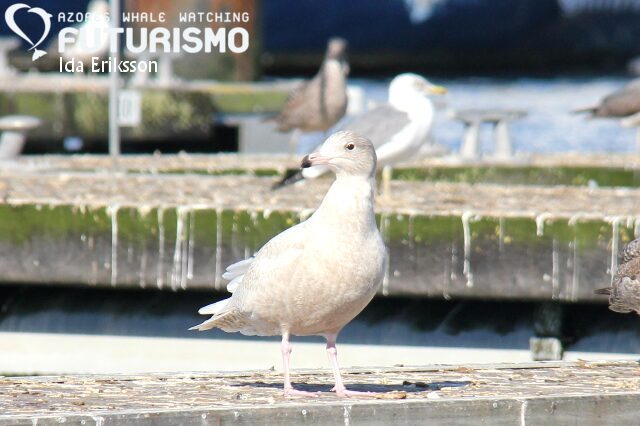 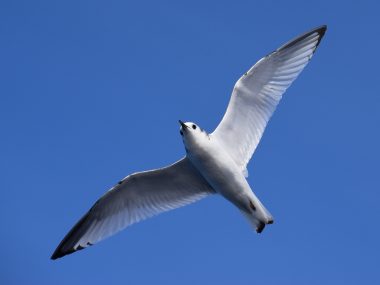