Dwarf sperm whales
are the smallest species classified as a whale, even smaller than some dolphin
species.  Relatively little is known
about them, as they have not often been sighted in the wild. They are very
difficult to distinguish from the similar looking pygmy sperm whales. Compared
to the pygmy sperm whale, the dwarf sperm whale is smaller, and has a more
pointed head and flatter back. It has a single blowhole set slightly left off center. At the surface they usually travel slowly in groups of fewer than
10  individuals and they do not seem to
approach boats. If they are startled they may release a cloud of reddish-brown intestinal fluid.

Like pygmy sperm whales, dwarf sperm whales are thought to be distributed in the deep waters
throughout tropical and temperate zones. Strandings indicate that they
can potentially be sighted in the Azores. 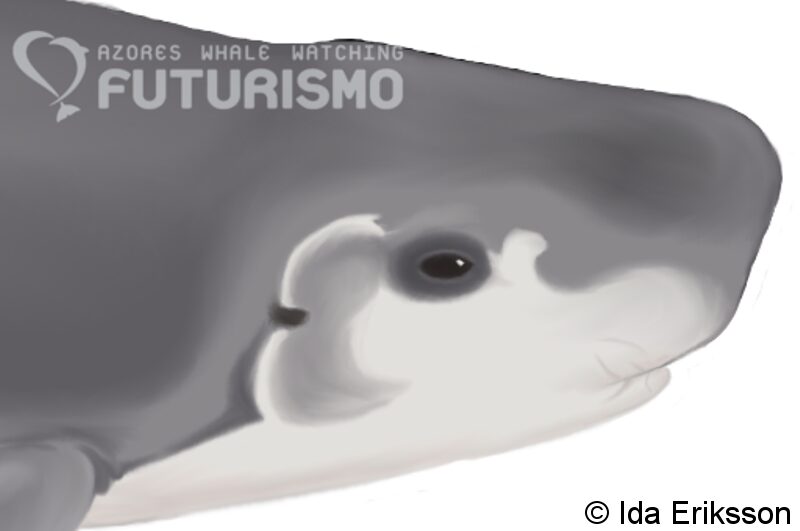