During all whale and dolphin watching tours, Futurismo’s staff collect sightings, information and other scientific data for our research program.

Land-based sightings data is collected by our “vigias” (coastal lookouts) who find the animals and guide our boats to where they are.

Boat-based data is collected by our marine biologists who lead the tours and analyse the encounter data to learn more about the marine species we see in the Azores.

By taking ID photographs and collecting sightings data such as GPS coordinates, environmental information and behavioral data, we aim to understand which species are seen most often when and where, as well as any change in populations over the years. One of the main species that we are studying is the sperm whale, who is resident in the Azores.

By analysing our photographs of sperm whale tails, which are uniquely marked just like fingerprints, Futurismo Whale Watching has identified over 400 different sperm whales off São Miguel Island.

We share these photographs with sperm whale researcher Lisa Steiner who compares them with those taken by other researchers around the North Atlantic. She is collaborating with Futurismo Whale Watching for several years now in Horta, Faial Island – Azores.

This work has contributed greatly to our understanding of sperm whale movements between the Azores, Canary Islands, Madeira and Norway.

All of these collaborations have helped us to connect the dots and learn more about the migration routes of these whales that we still know very little about.

CONTRIBUTING TO
THE SCIENTIFIC COMMUNITY

Over the years Futurismo’s biologists have presented our research findings at scientific conferences, such as the European Cetacean Society (ECS) and International Meeting on Marine Research (IMMR).

Our work has also contributed to Doctorate and Masters Theses and course projects at several universities across Europe.

Some of Futurismo’s marine biologists completed a PhD. We are proud to have such a professional and hard-working team.

By joining us on a whale and dolphin watching tour, you are also contributing to scientific research while learning about the marine life of the Azores. 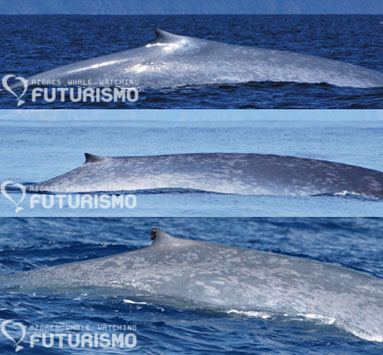 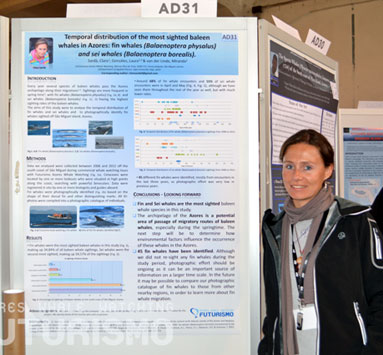 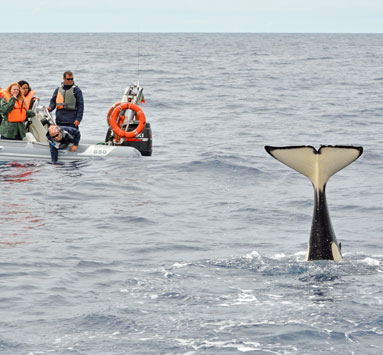 We are committed to responsible practices, and strongly adhere to multiple codes of conduct for Responsible Whale Watching.

Our marine biologists share their knowledge about the species seen in the Azores. We also collect data for scientific research.

Futurismo is proud to be a Partner of the World Cetacean Alliance: the world’s largest partnership working to protect cetaceans.