The orcas kept delighting us today!

Another great day with orcas!
Today we went out in one of our rubber boats. The sky was blue, the sea conditions were good and… our lookout had some good news for us as soon as we started the trip! A group of orcas was off Vila Franca travelling eastwards.

We managed to quickly recognize the same male that we saw last Tuesday just looking at his dorsal fin. 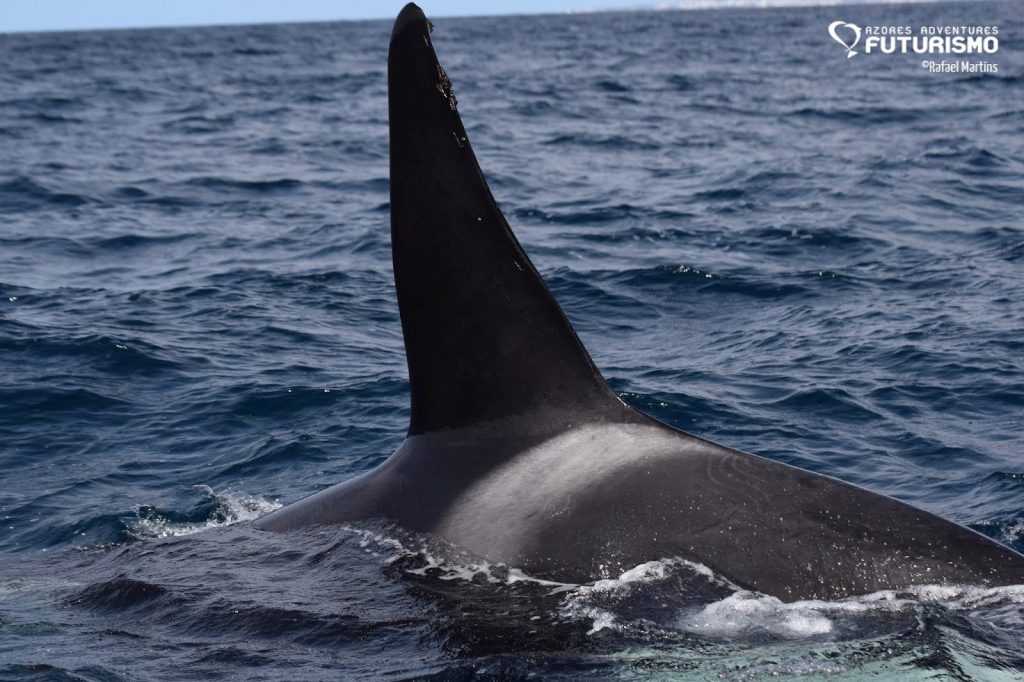 And beside him three smaller orcas, probably two females and one younger individual. Our lookout told us that some other orcas were further east, so perhaps around 8 in total! 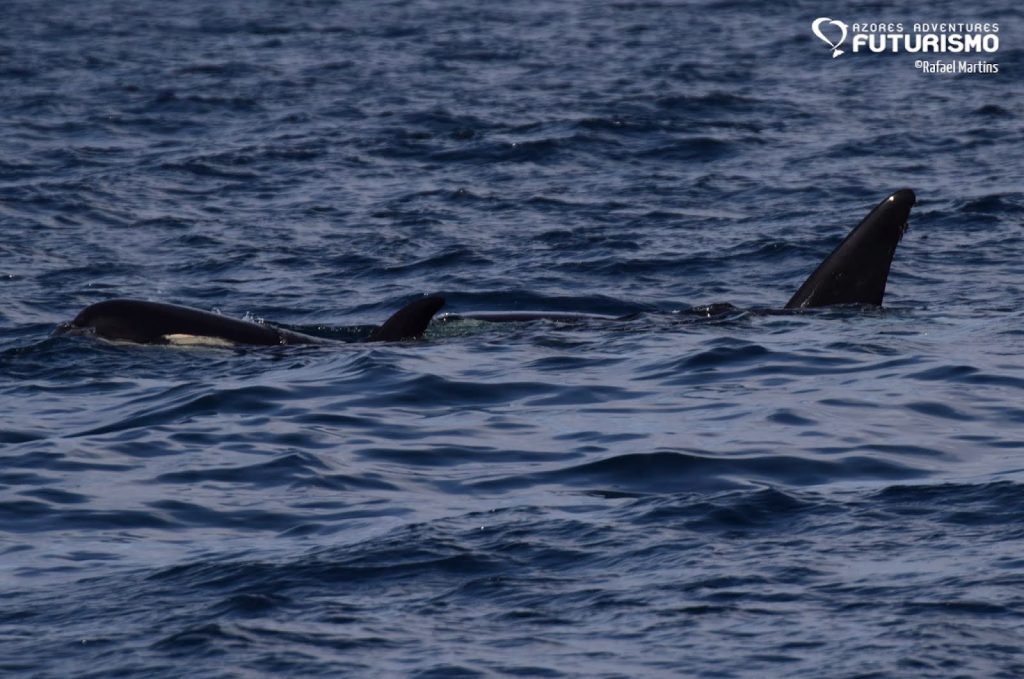 The ones we saw got very curious towards the boats, and we got amazing underwater images ?
Did you know that the dorsal fin of the orca males can reach 2m high? These animals are huge! 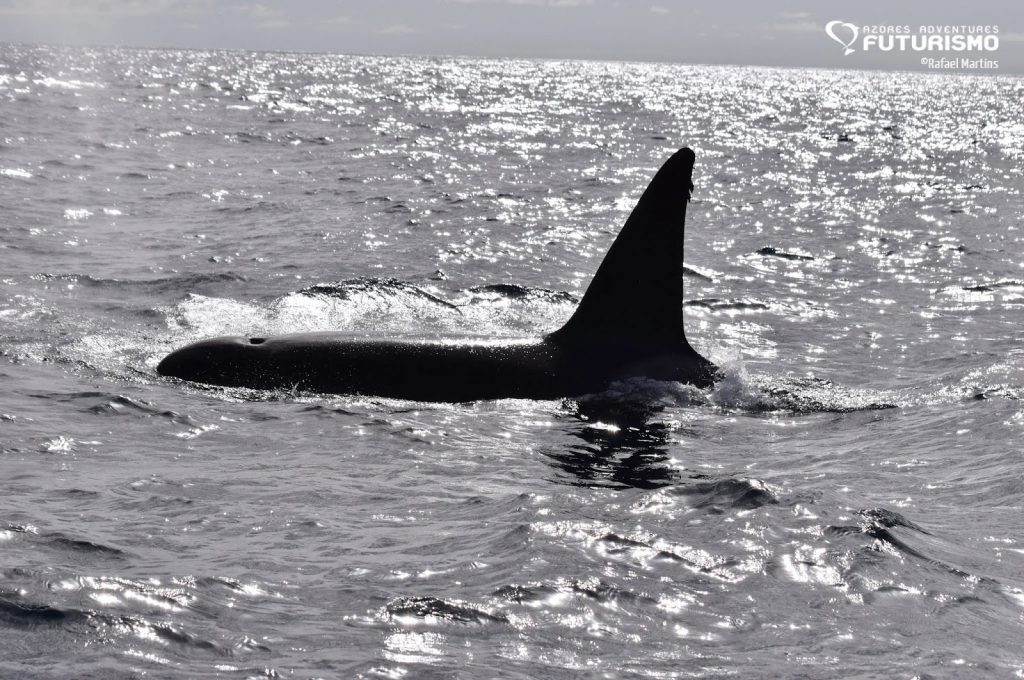 On the way back we saw a small group of common dolphins. They looked even smaller compared to the largest dolphin species that exist: the orcas!