In this sunny morning, we could see 3 species. The first species was common dolphins, we found a group of this resident species close to Ponta Delgada, there were a lot of babies, big babies that have born during summer. 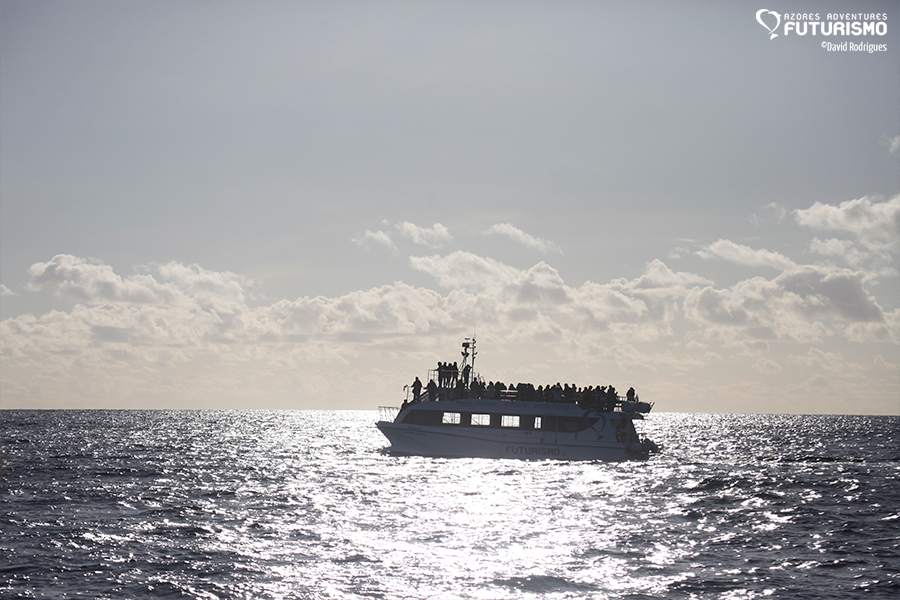 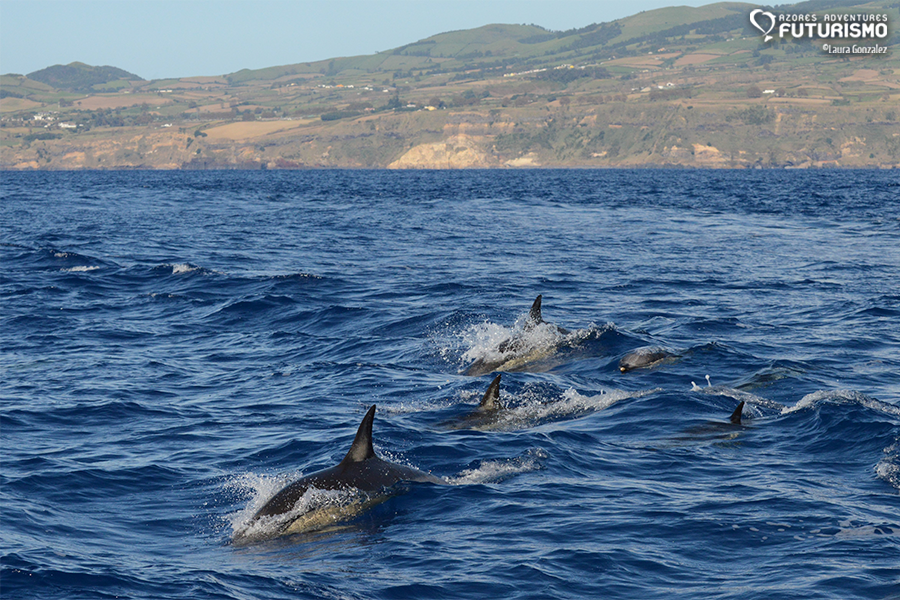 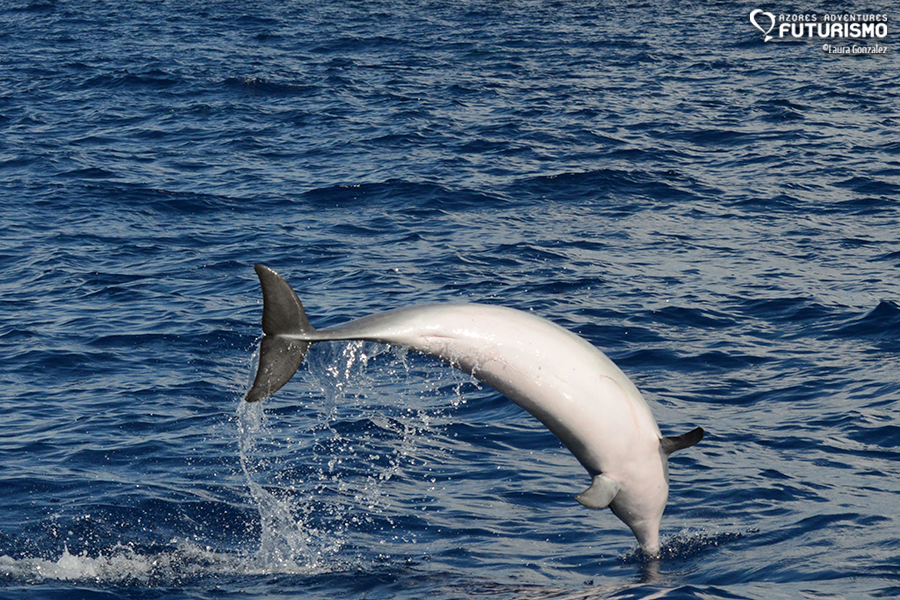 So, we left the dolphins, but in the way to the sperm whales, the dolphins were around during long time as it was a big area. Once we arrive with the sperm whales an individual started to breach quite far, like saying hello, and we saw several tails. They were grateful, we had a really nice tour this morning. 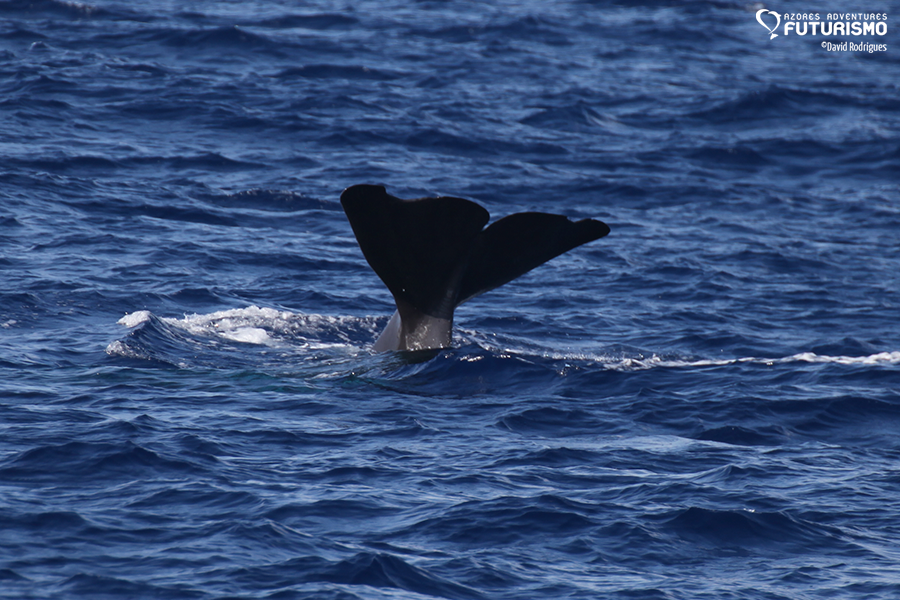 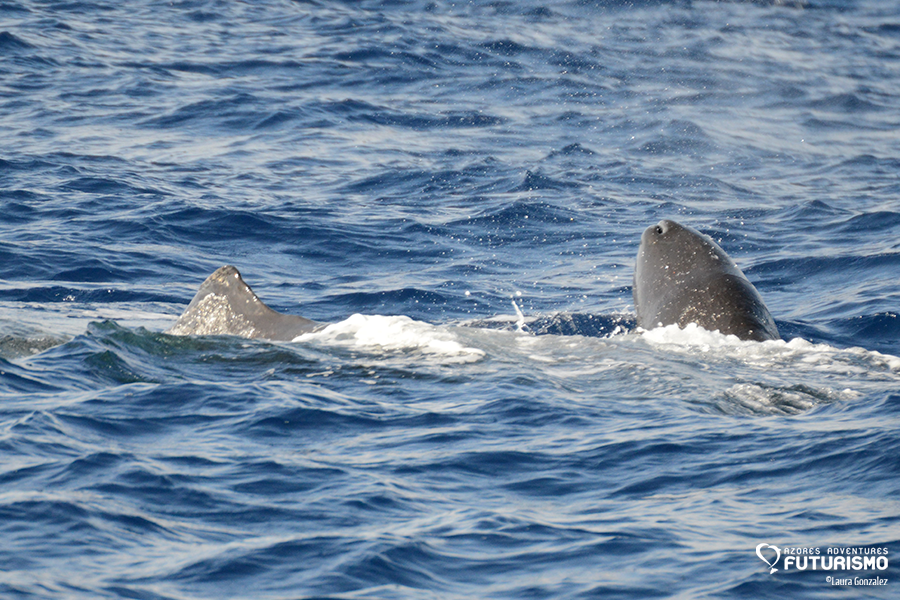 The afternoon was still sunny and we could see the fourth species of the day, bottlenose dolphins, they were like 6 individuals very active and without any shame, they were mating in front of us… Dolphins are promiscuous animals. 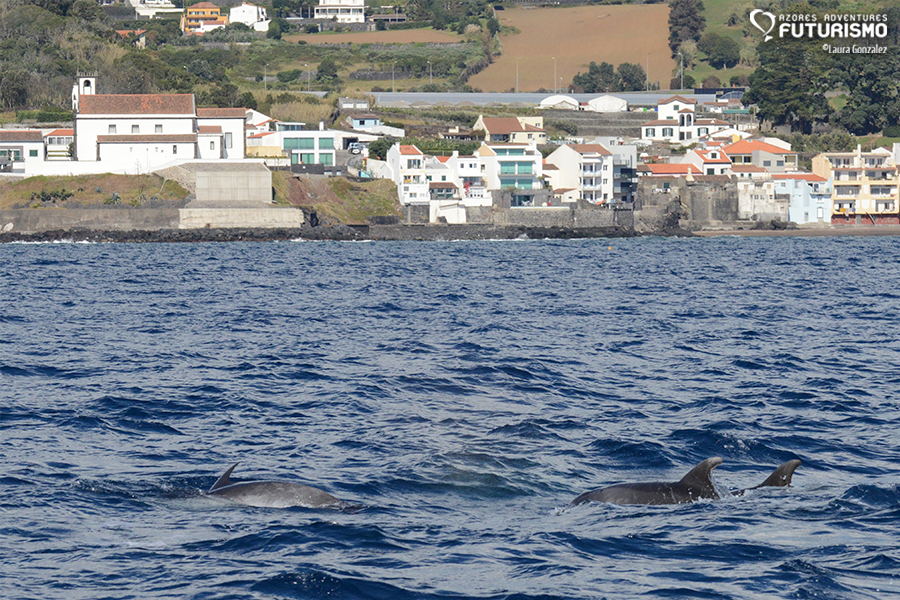 Then we saw a group of common dolphins, we think that is the same group from the morning and from these days. We trough to look for whales but they were too far to be spotted by our lookouts. 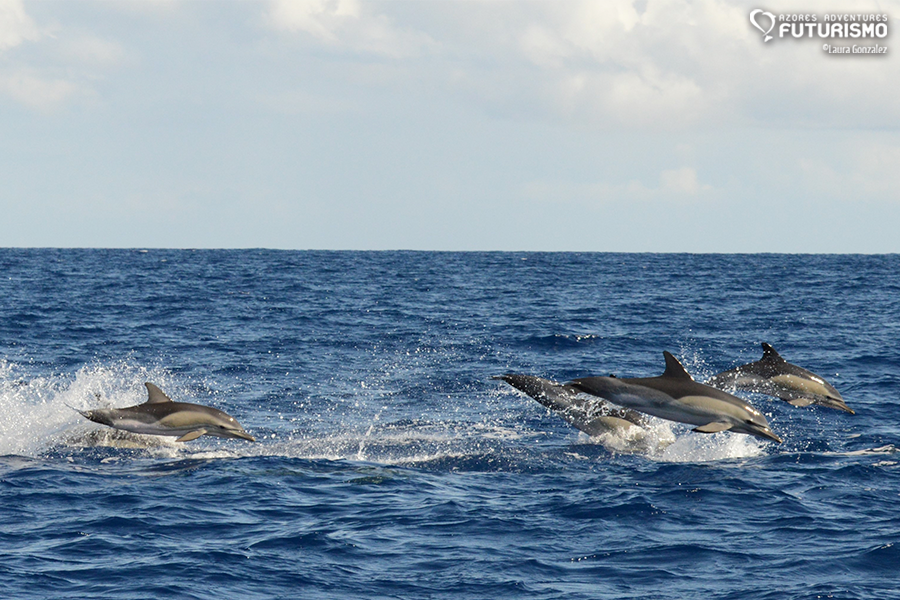 Anyway, we saw a group of our seasonal species Atlantic spotted dolphin that makes us enjoy and finish the day with a smile. 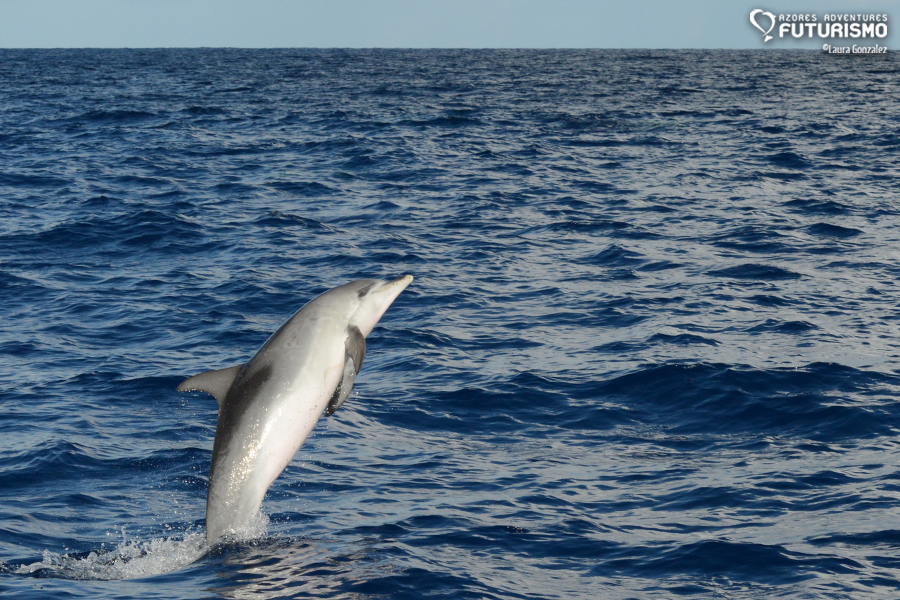