The first month of 2020 is over! Normally they say that January is the harder month of year, but for us it was a month full of surprises!

The winter time with lots of rainy days just allowed us to go out 13 days. And in total we encountered 7 different cetacean species.

In most of these trips we saw at least 2 different species per trip and our record was in 16th January when we saw 4 species in just one single trip!!

Our resident common dolphins didn’t disappoint us as they were the most sighted species in this month with a 85% of frequency. On our observation ranking the second most sighted species was bottlenose dolphin which was observed in 7 days. And finally our most wanted species: sperm whales were successfully seen in 4 days.

But as mentioned before, this month offered us amazing and exciting surprises with non-expected species such as Atlantic spotted dolphins and pilot whales (mostly sighted during warmer months) and also a fin whale and a humpback whale (spotted mostly during spring time). Humpback whales were observed 38% of our trips and we are sure that they spent the whole month in São Miguel Island, because despite the weather not allowing us to go out, our lookouts still spotted them.

Winter is a great time in São Miguel to see significant species of European winter birds, but is also nice for American vagrants. Apart from yellow-legged gull, this month we saw several individuals of black-legged kittiwakes and great skuas, both species coming from the North Atlantic Ocean.
So we hope that the weather conditions improve for the next month and more surprises arrive!! Welcome February! 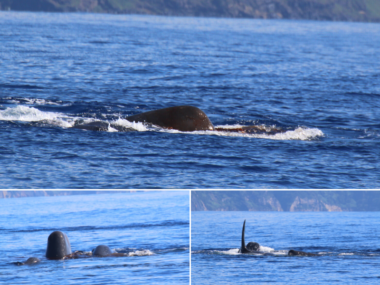 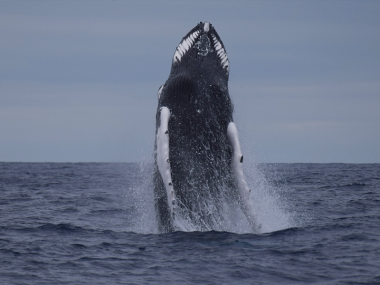