Today was another windy and wavy day,
making the perfect playground for the dolphins. We encountered bottlenose dolphins and common dolphins enjoying these waves in the morning, as well as a
fin whale close to Ponta Delgada. The whale was calm and possibly even
sleeping, as it was not traveling much, submerged close to the surface and only breathing occasionally. In the afternoon we returned to the sea to encounter
the playful common dolphins. We also saw fin whales just right before we entered the Ponta Delgada harbor. 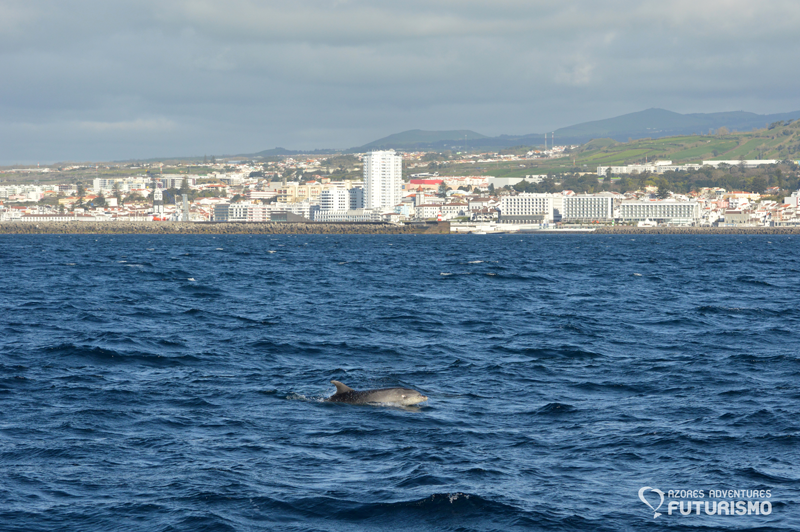 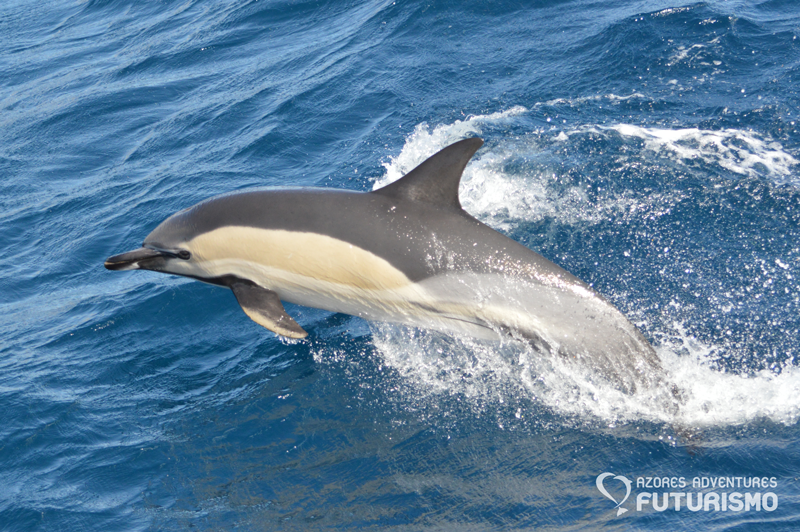 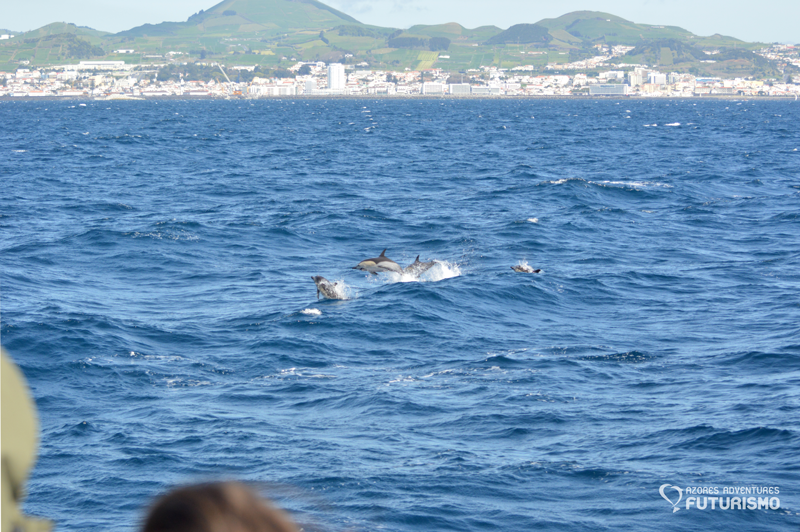 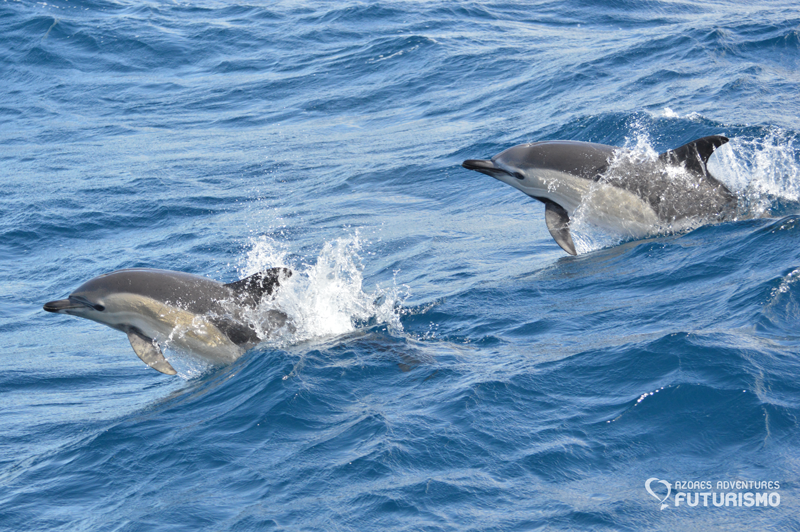 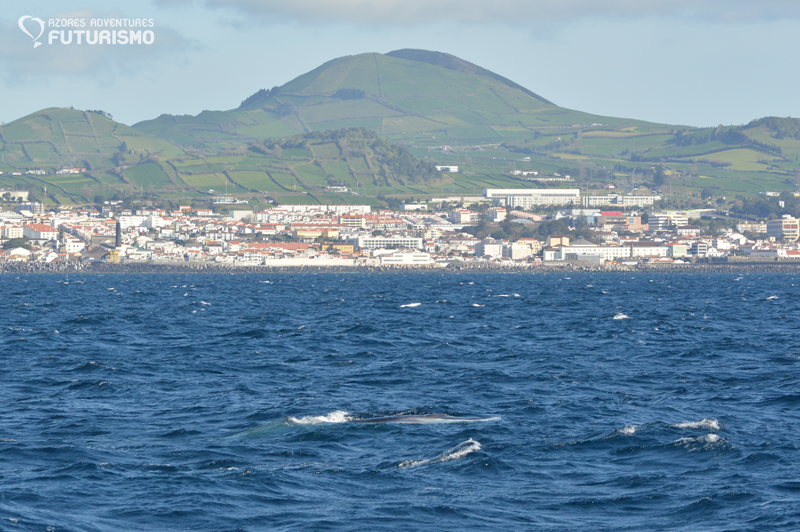 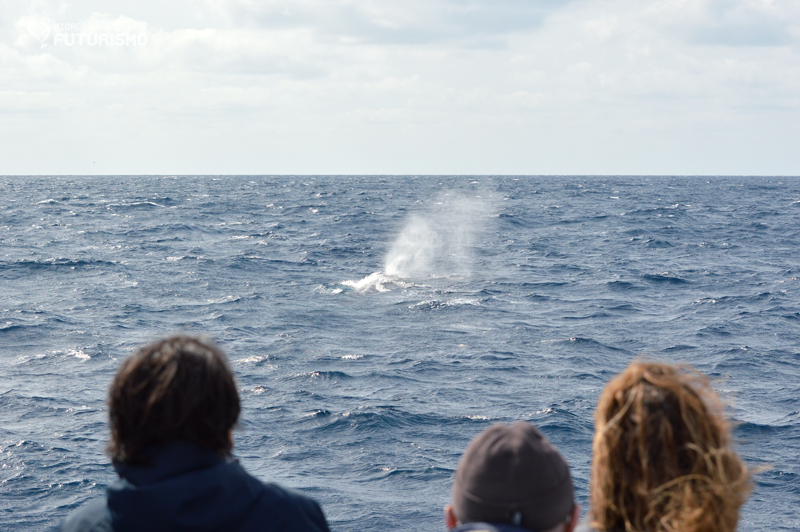 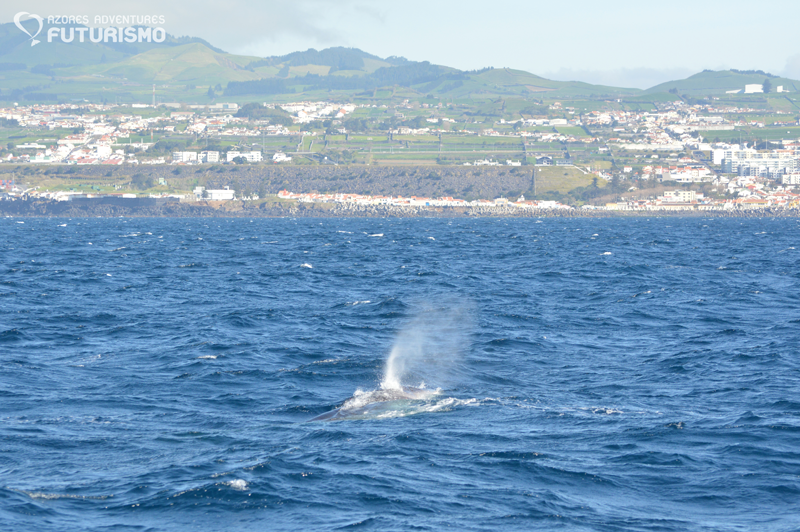 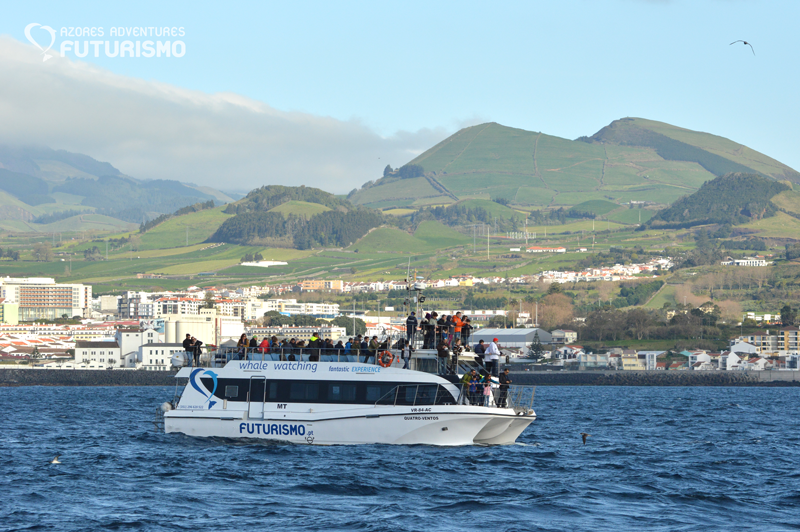