Sem categoria > During our trip in Pico Island we got see Pilot whales and saved a turtle!

During our trip in Pico Island we got see Pilot whales and saved a turtle!

In Pico island, the day started well to all of us onboard Alfredo Baleeiro, with a rising sun on a clear blue sky, above a peaceful Ocean.

The bottlenose dolphins were gathered in a numerous pod and seemed quite busy … Swimming fast around the area, scattered up till the horizon and occasionally diving deeper / jumping high (near out boat!) This species, so well known to humans, are quite social and curious and often approach the boats to bow ride the waves produced by it, surfing along our movement and making the delights of also this so curious human beings!

Although by the beginning of the morning our lookout sighted this species in the same area as the pilot whales by the time of our arrival, they were already distant from each other. The pilot whales’ pod was composed of two bigger individuals – perhaps two males- and the adult females with numerous juveniles and at least two calves. We could see and observe them quite well as in one of their surfacing times, they turned back and approached the boat, staying quite close to us. 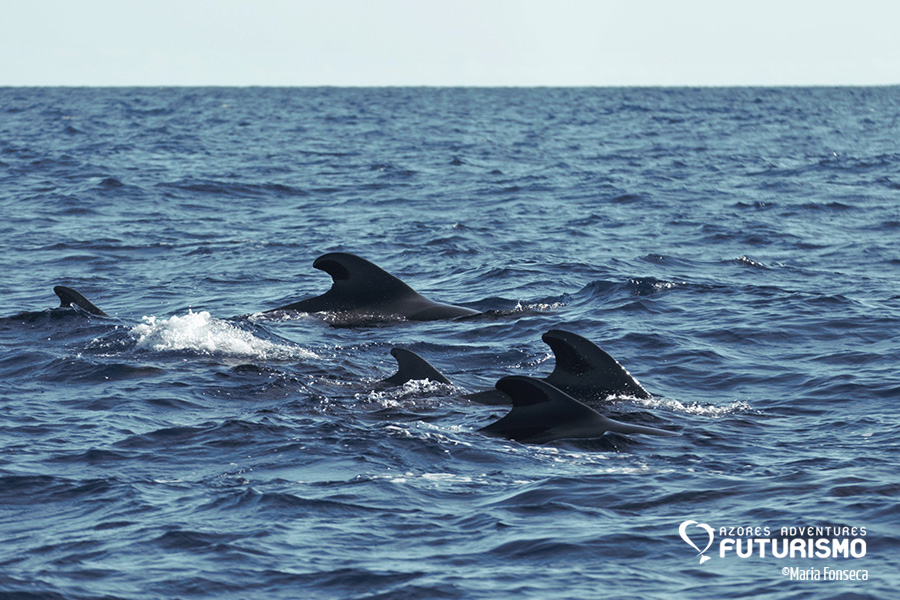 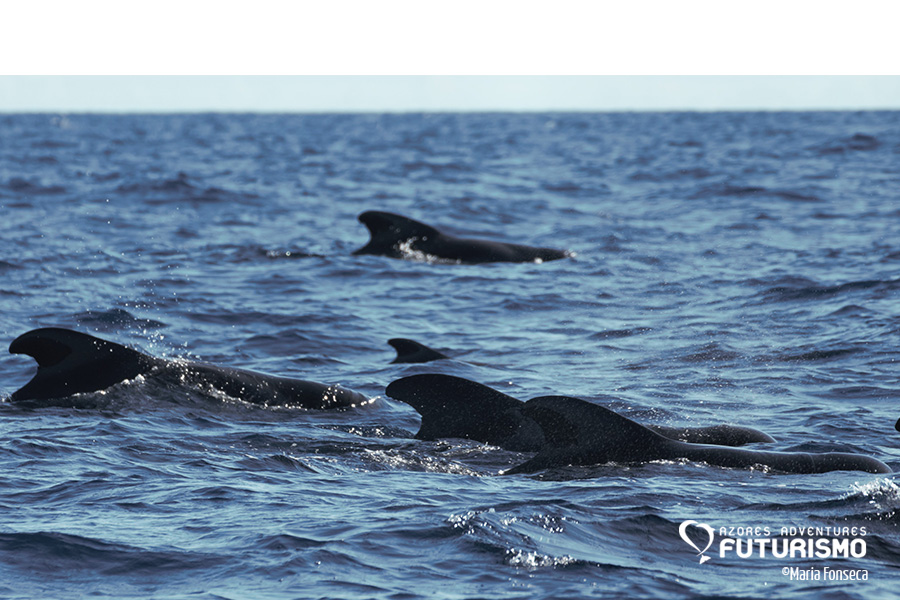 During the rest of our tour we found more bottlenose dolphins and more pilot whales! Among the first bottlenose pod, there was an already well-grown juvenile loggerhead sea turtle!


The turtles – as all the Reptilians – don’t have any natural mechanism to warm their blood, so they are always dependent on an outside energy source. Floating near the Ocean’s surface allows sea turtles to rest, warm their bloods under the sun rays… and perhaps have one shell cleaning session done by the fishes!

Many times, we can observe them in this ‘leisure’ activity… but this one was struggling to remain floating at surface. Although every wild animal has its own weight and importance in the natural cycle of predation… Loggerhead sea turtles are nowadays considered, by the IUCN, a vulnerable species!
So, after observing it fighting to maintain its equilibrium and positive buoyancy for a while, we decided it would be better to bring it with us and delivery it at Faial’s rehabilitation centre for marine turtles, under COSTA project (consolidating sea turtle conservation in the Azores).
Our crew worked in collaboration with Aquaçores and Sea Turtles in the Azores to save this beautiful animal. After all the tests and protocols followed by these professionals, the turtle got strong again and is already back in the Ocean, hopefully to live for much more years and complete its life cycle! 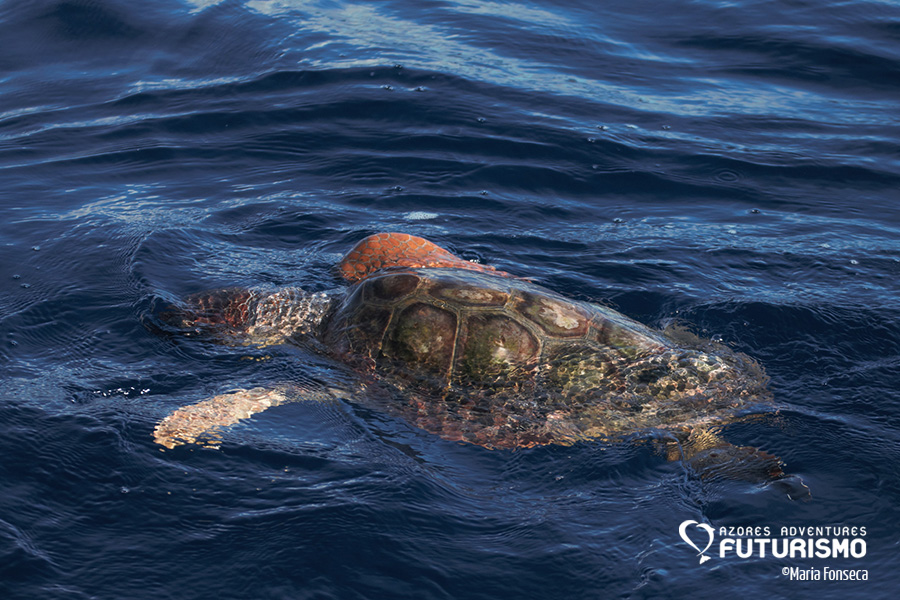 We would like to thank for the help and support of all the guests onboard and all the COSTA workers for the quick answer! 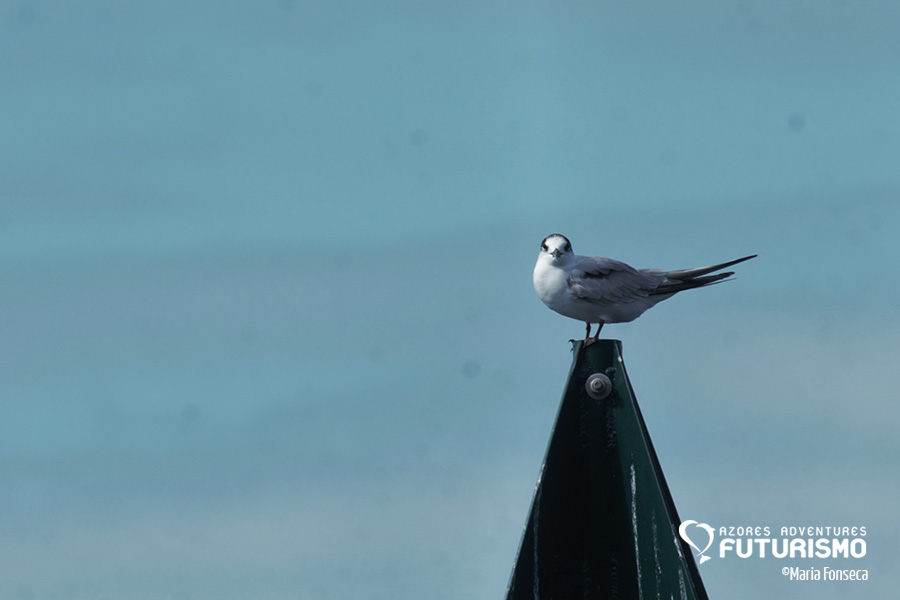