It seems like the summer has arrived to Pico Island. The water is getting warmer day by day and turning into turquoise blue. Also, the Portuguese man’ o war blooms are slowly vanishing and soon our summer species will be arriving! 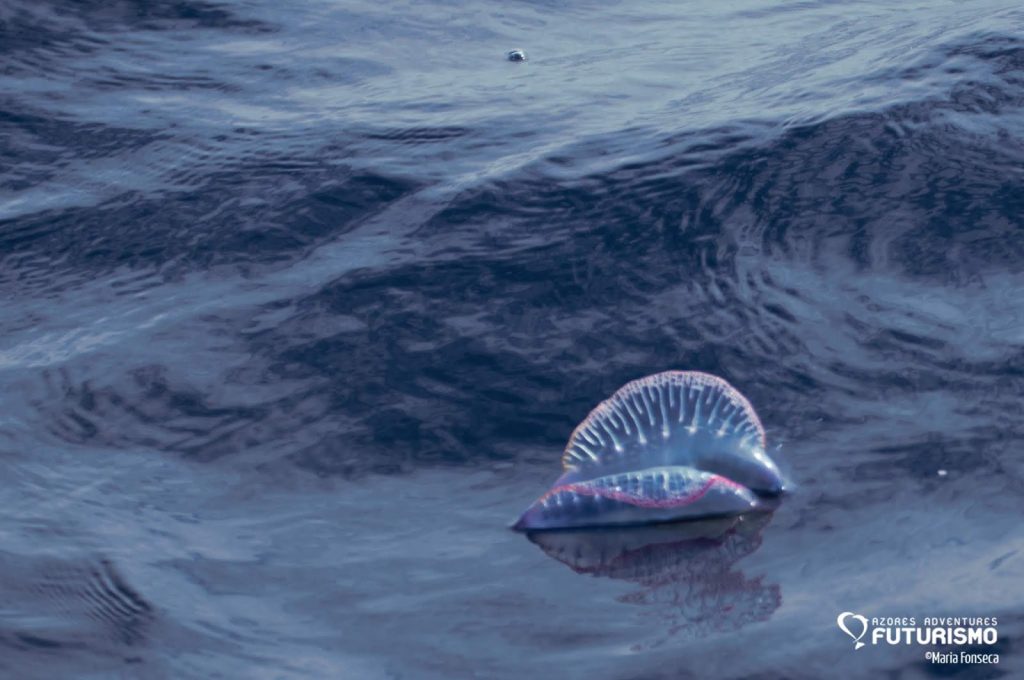 In Pico, we had the opportunity of watching the funniest situation. As we were observing a resting sperm whale, our lookout sighted a pod of dolphins at distance, heading our way. 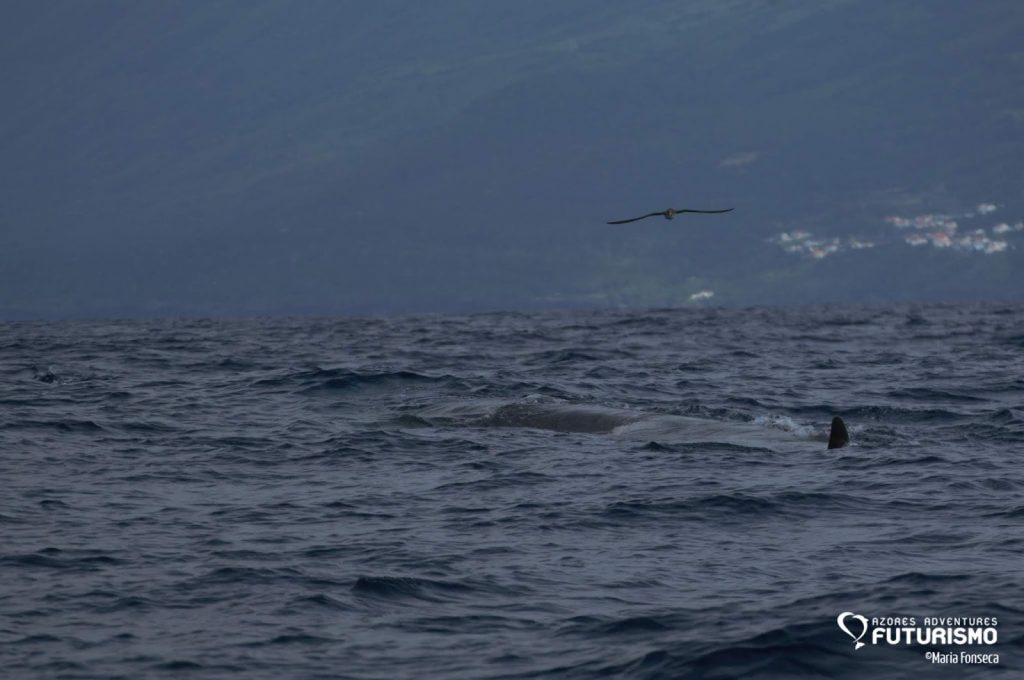 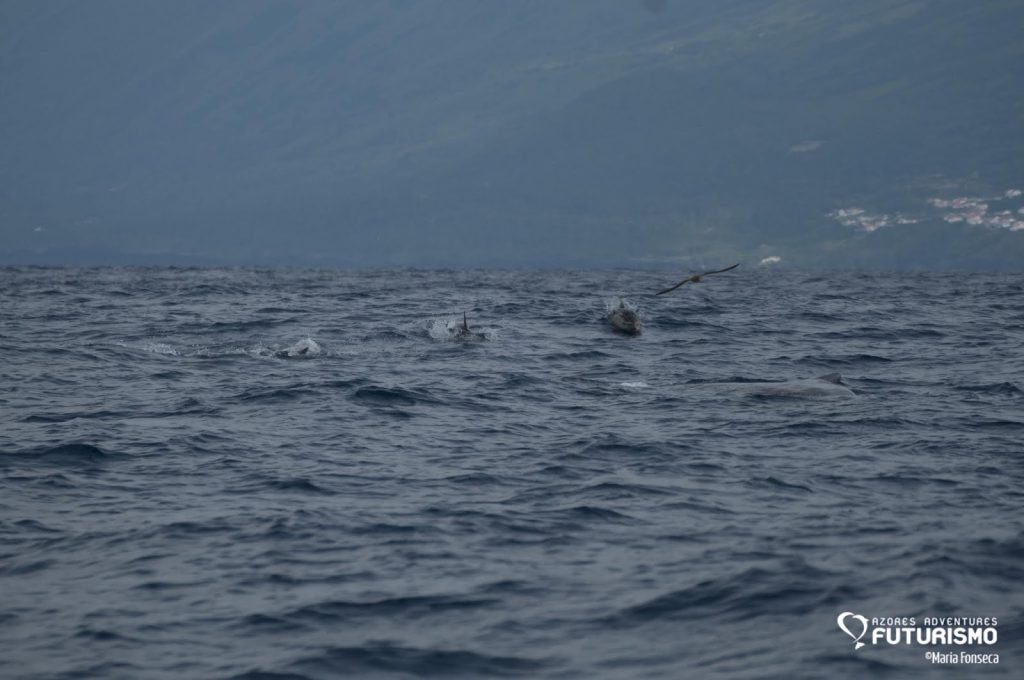 Eventually as they were almost arriving to the resting sperm whale the whale turns around over its back, turning the belly towards us and opening its mouth as the dolphins were passing through it. It was a mixed pod of rushed striped dolphins travelling fast along with some common dolphins heading somewhere near us.

We also had the opportunity to observe them for some minutes after the sperm whale’s fluking.

During the last days at Pico Island we’ve been frequently sighting sperm whale groups accompanied by their calves. 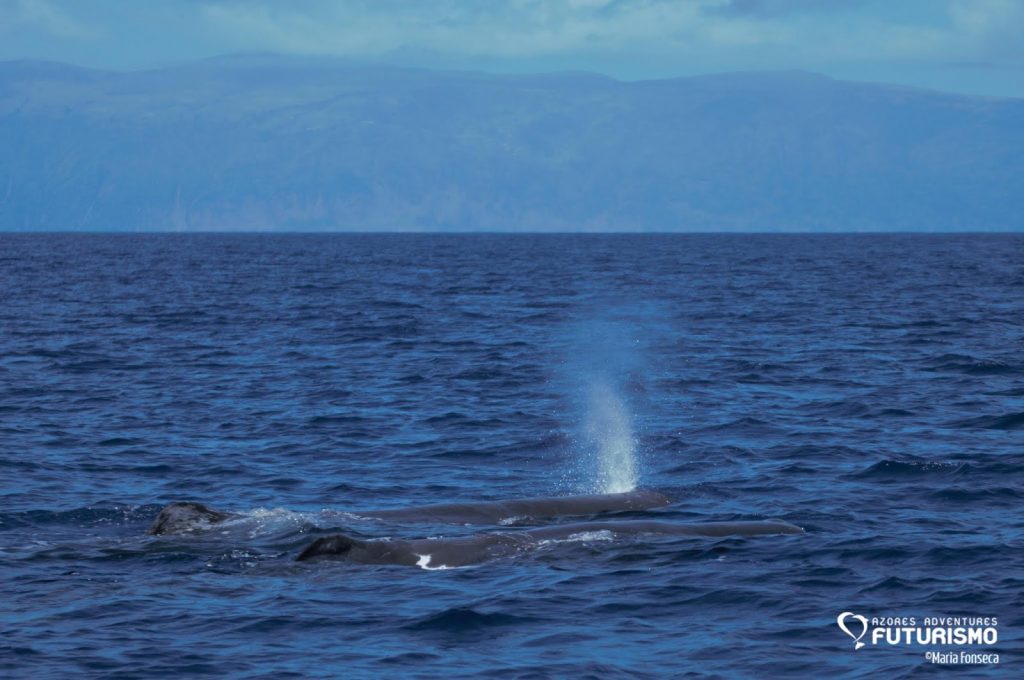 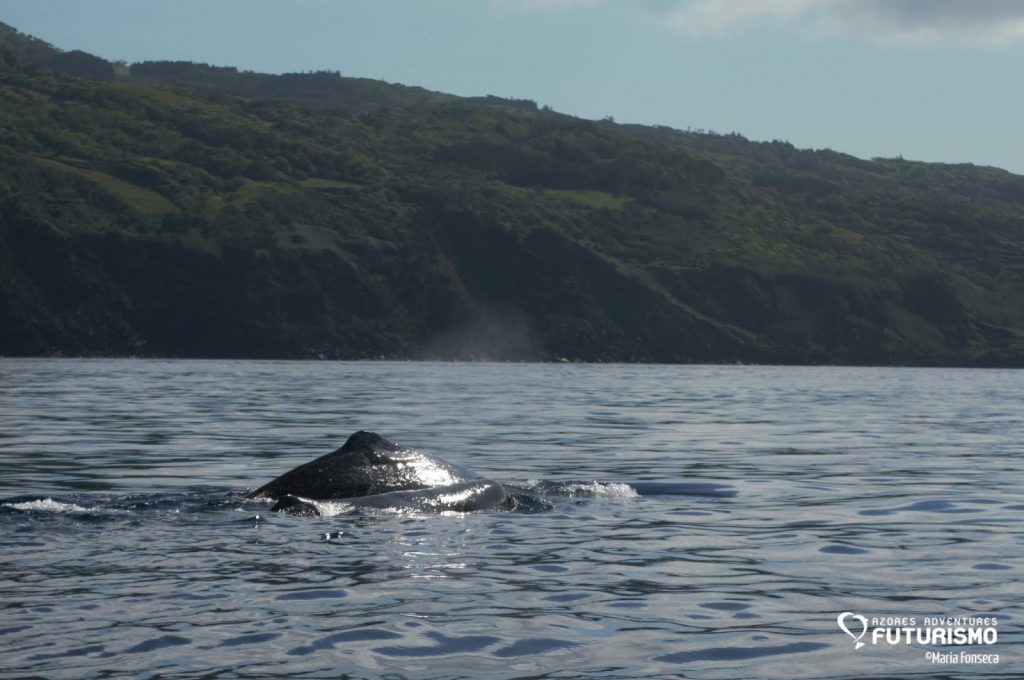 Also, one well-recognized pod of females Risso’s dolphins has a recent companion with them, a new-born baby. It is always a great pleasure to have the opportunity to give a look over all of them and specially over the small ones. For the rest of the summer season, we hope to see the next generation getting numerous! 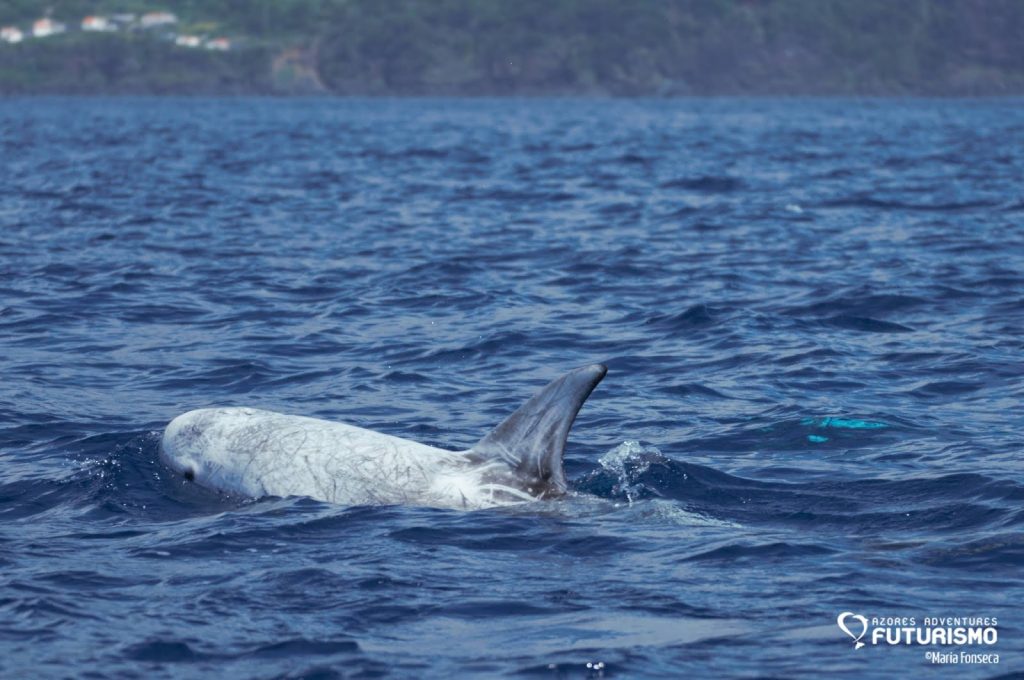