Must Read > The story behind Futurismo’s boats names

Have you ever thought about the curious names of Futurismo Whale Watching Azores boats? Cetus, Mirone and Alfredo Baleeiro are some of those boats that have a story behind! This is your chance to know better about our story, the cultural and linguist meaning behind (spoiler alert) some of them 😉

The name Artemis represents a family tribute from the company’s founders and it also has a mythological meaning. Artemis is the Greek goddess of the Hunt, wildlife and one of the most respected in the Greek mythology. This zodiac boat (also called RIB boat) is 7,5 meters long, 3 meters wide and is part of Futurismo since 1996.

The boat Cafre is a tribute to the Azorean cultural heritage. The origin of the name Cafre is the Portuguese adaptation from English, or Azorean adaptation if you prefer, of the word “calf”, which is a baby whale in English. In the Azores, the majority of the whaling vocabulary is adapted to Portuguese, instead of the proper translation from English. The American whaling boats brought this activity to our region and the population was not fluent in English, so they managed to adapt most of the words. This explains the reason behind our tribute and the similarity of the words “calf” and Cafre. This zodiac boat is 8,5 meters long, 2,7 meters wide and has a capacity of 16 passengers.

BaleeiroThis zodiac boat was baptized in honor of a former whaling lookout from São Miguel Island named Alfredo Cordeiro. The second name of the boat “Baleeiro” means whaler in Portuguese. He was the first lookout to work with Futurismo. We only revealed this name via radio when the boat was already in the sea for whale watching purposes. It was a complete surprise to Alfredo Cordeiro to know that Futurismo has given his name to a boat and he got very emotional. This zodiac boat is 8,5 meters long, 2,7 meters wide and can take up to 16 passengers.

This boat was named after another boat named R.V. ‘Song of the Whale’ that was in the Azores for some time doing investigation about cetaceans. On board was the marine biologist and investigator Jonathan Gordon and, also, one of those responsible for the realization of whale and dolphin watching in São Miguel Island. Today, we also keep on contributing daily to cetacean investigation in the region. This is a fiberglass boat which is 11,8 meters long, 3,5 meters wide and with a capacity of 32 passengers.

This boat name is a Portuguese adaptation of the word “bull”. A bull is the name given to a big sperm whale male in whaling terminology and that is the origin of this zodiac boat name of 8,6 meters long and 2,9 meters wide.

This zodiac boat was given the name João Vigia in tribute to a former whaling lookout in Pico Island. Later, his son Sidónio became a whale and dolphin watching lookout in the same island of the Central Group of the Azores. This boat has a capacity of 14 passengers, it is 8 meters long and 2,9 meters wide.

This is our biggest zodiac boat which is 10,8 meters long, 3,5 meters wide and has a capacity of 27 passengers. Its name indicates in Portuguese what its intention is: to see and watch, from here born the Portuguese expression “mirone”. Acquired in 2018, the actual Mirone of our sea fleet is also a tribute to the first zodiac boat that Futurismo had in 1995, also called Mirone.

The Cetus catamaran belongs to Futurismo since 2011 and there is a mythological as well as an astronomic meaning associated with its name. This is our biggest boat, of 17,6 meters long, 6,8 wide and with a capacity of 80 passengers. Cetus is one of the biggest constellations in the northern hemisphere and is also known as the Whale or Sea Monster.The Cetus constellation was first catalogued by Ptolemy in the 2nd century and the name is related to the sea creature in the Greek mythology sent by Neptune to devour Andromeda.

Our other boats: Quatro Ventos (catamaran) and Marine (zodiac) were acquired already with their current names, which weren’t changed. 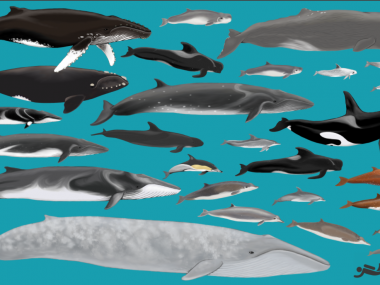 Read More
Today we couldn’t go to the sea due to weather conditions. So we did something different 😉 During…
Read More
0
0